Cold weather causes shelter space to be in high demand 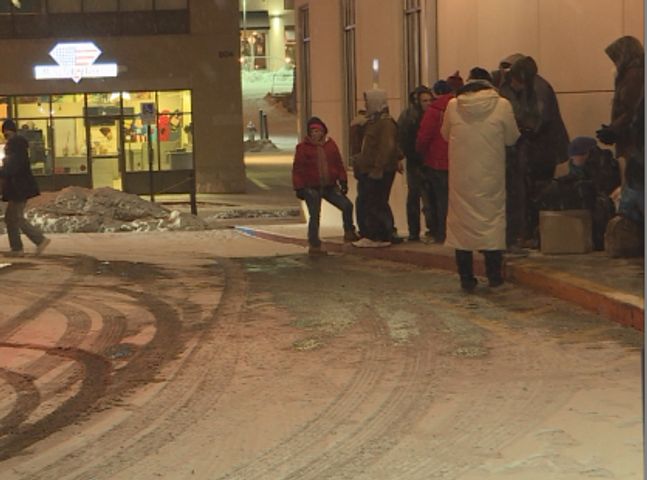 COLUMBIA - Warming centers and shelters in Columbia filled up Wednesday as temperatures dropped to or below zero. Many centers may have to turn people away Wednesday night.

Room at the Inn is an organization that provides shelter in the Columbia area. The shelter uses space in local churches and moves locations five to seven times during the winter season.

Missouri United Methodist Church is the oldest location for one of the shelters. Jo Lee, the events coordinator at the church, said the shelter had to turn away about eight people Monday night.

“They try not to send people away empty-handed, we have coats and blankets and sleeping bags and we try to make sure we get them as equipped as we can,” Lee said.

People seeking shelter check in at the church at around 6:30 p.m. The Room at the Inn staff has allowed those who are in line to come inside and wait so they don’t have to be out in the cold.

The staff received multiple donations from organizations in the Columbia area. The Food Bank for Central and Northeast Missouri donated food for the shelter on Wednesday night. Connie Carpenter, a host at Room at the Inn, said the donations make the process easier for her and the shelter volunteers.

“We really appreciate all the donations that have been made to Room at the Inn, both financial and in-kind things, with food and everything like that,” Carpenter said.

Those who stay at the shelter can make a reservation for the next night. They have until 7:30 p.m. to claim their spot before the staff can give their beds to someone else. There are 50 beds available each night, and the shelter was at capacity by Tuesday.

“Usually, if we do not have enough spaces, we’ll call around to Harbor House, which is Salvation Army, and we’ll try to find ways to get people over to Wabash Bus Station,” Carpenter said.

The Wabash Bus Station is a warming center the city set up. If people cannot get into a shelter, they may be able to spend the night at a warming center. The city also opened up another overnight shelter at the REDI Innovation Hub on Walnut Street.

“We are very excited that the city opened warming stations because we don’t have places for everybody so it’s really good that everyone has an opportunity to get off the street,” Carpenter said.