Cold weather frustrates some, brings joy to others 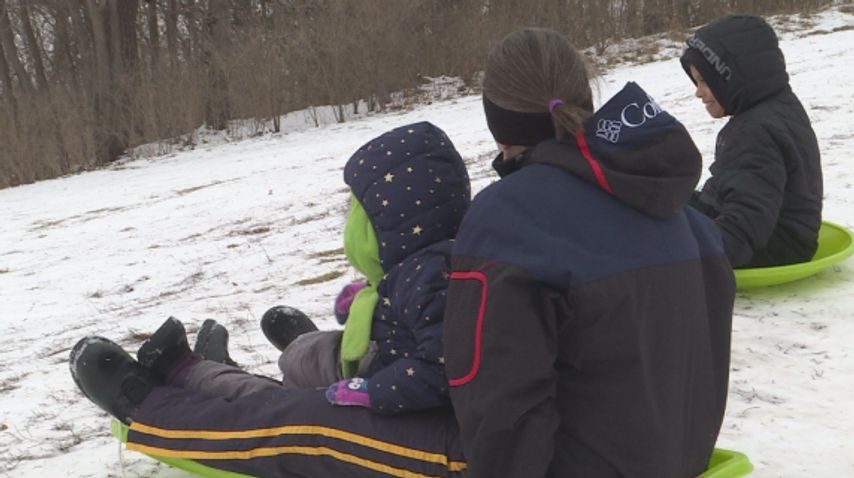 COLUMBIA - Mid-Missourians have had to adjust their daily lives to the cold weather for weeks now. For some people, winter means longer commutes and icy roads, but for others the freezing temperatures are a chance to have fun.

Kentucky-native Emily Stevens has lived in mid-Missouri for about a year and a half. She said she's ready for warmer temperatures.

"Gosh, compared to last winter, I don't remember it being so cold and dreary," she said. "Compared to the other places I've lived is a lot colder and a little more miserable."

"It's just icy and it's cold and I'm ready to wear shorts and T-shirts all over again," she said.

Columbia resident Wanda Jesse said, "The wind has been horrible and the snow's been quite treacherous. It's been quite something."

Despite the cold weather, some families decided to have fun in the snow, sledding down a hill at Stephens Lake on Monday afternoon.

Jesse took her grandchildren to play in the snow. She said they were prepared to stay warm outside.

"We bring a Thermos of hot chocolate in the car," she said. "They don't like taking breaks because they'd rather keep sliding, but gotta take breaks."

Braden Hughes, 9, said this was his first time sledding from a "big" hill. He was with his father.

"We saw it one day when we were walking down the trail," Braden said.

He said he enjoys snow but isn't happy he'll be having a shorter summer break because of school snow days.

"I want a summer, but at the same time I like playing in the snow," he said.

Kellen Houston, 10, said he prefers cold weather than summer. He said his favorite part is the snow.

"You can get good things out of the cold weather," he said. "You can go sledding and play in the snow."

Jefferson City and Columbia Public Works told KOMU 8 News they are getting their snow plows ready to keep the roads clean, ahead of more snow expected on Tuesday.