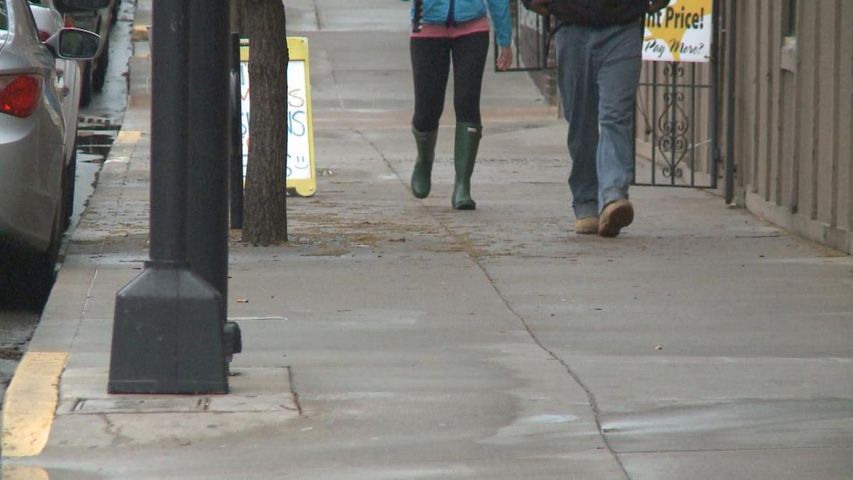 COLUMBIA - Colder temperatures and rain moved into mid-Missouri Thursday, forcing many people to ditch the sunglasses and flip-flops for rainboots and winter coats.

"It sucks, I wish it was summer already," MU student Emily Sewell said.

She also said being from Missouri, she is used to seeing weather fluctuate as much as it does, but was not expecting it to be this cold so late in the year.

Most of downtown Columbia was quiet today, with noticably fewer people walking the streets compared to earlier this week. Stephens Lake Park was also empty, with only the most dedicated runners hitting the trails for a workout.

Kevin Shiv is a student weathercaster for KCOU, who said seeing this type of weather in May is quite unusual.

"People like to point out it's Missouri weather. It is, but a lot of people that might be on campus that aren't used to the Missouri weather, this is more extreme than what we usually see," he said.

He also said he is quite unhappy with the way the weather has turned out.

"Just the other day, it was 85 degrees, and I was walking by the rec center and people were out in the pool. And now it's...you know, I am bundled up in the jacket and I am still cold," Shiv said.

Luke Jankie is a foreign exchange student at MU from Australia. He said this type of cold weather only makes him wish he was back home overseas.

"Yesterday you wake up and the sun's out the window, and it's really easy to get up and you're excited about the day. And then you look out today, and it's freezing and it's dark and it's gloomy outside. It's not really where I want to be," Jankie said.

"I'm from Melbourne in Australia and they say it's four seasons in a day there, because it's also inconsistent. But here, it's like four extreme seasons in a day, it's crazy," he said.

Other parts of Missouri, including Kansas City and the northern portion of the state, did see some snowflakes falling Thursday. The Kansas City Royals actually had to postpone their game due to that winter-like weather.