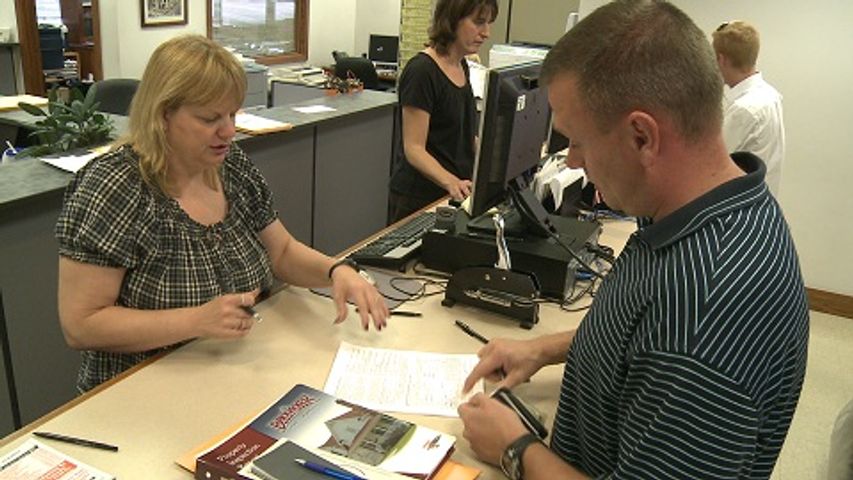 JEFFERSON CITY - As Wednesday marks the last day to register to vote, the Cole County Clerk's office was busy with a full load of voting registrations.

The office was open from 8 a.m. to 4:30 p.m. and staff members said there wasn't really a dull moment since opening.  The peak in registrations was during the lunch hour from about noon to 2 p.m., and another rush was expected around closing time.

Staff members described the office as people constantly coming through the doors and the phone not ringing for only about three minute periods.

Cole County Clerk Marvin Register said the office has received about 500-600 registrations in the last few weeks, but Wednesday was especially busy.  He said this day differs than four years ago.

"I'm going to say that we're busier this time than we were four years ago, I really do.  I think I've seen more voter drives and everything this time," he said.

As the registration window closes, Register said it's typical for the last day to be busier because people are starting to remember as it gets closer to election day.

"A lot of people just don't think about it until the last day. It's been on TV, it's been on the radio and everything, it's been in the newspaper so it's jogged their memories that oh, if I want to vote, I've got to get down there and register to vote today," Register said.

The Missouri Republican and Missouri Democratic parties didn't do anything specifically Wednesday, but both said it's been an ongoing effort over the past six months.  Both have heavily utilized social media and email to network and get the word out to register to vote.