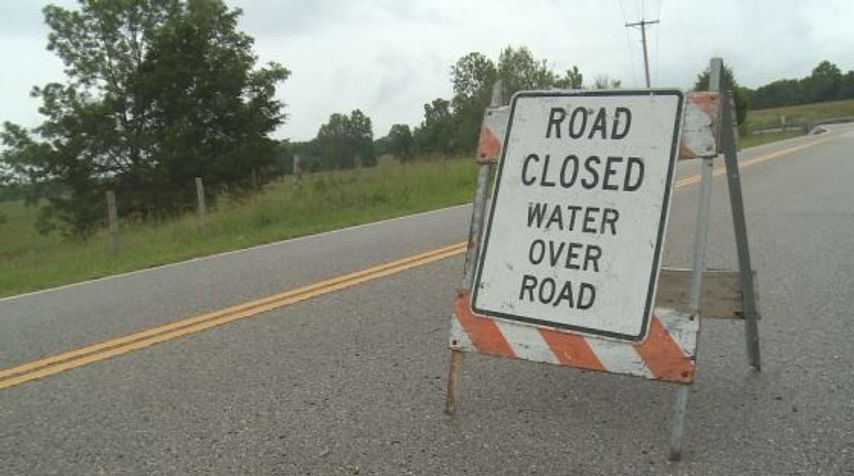 Chris Landis said he was taking his daughter Jasmine for a driving lesson on Wednesday and then noticed Meadows Ford road was flooded.

Landis said drivers in Cole County are used to the floods and face it a couple times a year.

"My wife actually tried to drive through the flooded area two years ago," Landis said, "and they had to save her with a flatbottom boat."

Cole County Emergency Management Coordinator Bill Farr said the high water is common in this area. Some of the flooded roads sit along the Moreau River and along Osage River and are under a couple feet of water.

Water levels stand around 27 feet, which is considered moderate flood level. Farr said one of the biggest concerns now is people have to understand the seriousness of flooded roads and not try to cross the water on the roads.

Farr said rain has lasted for a long time, and the rainfalls will last until the end of the week, which makes it difficult to foresee when roads will be safe to drive.