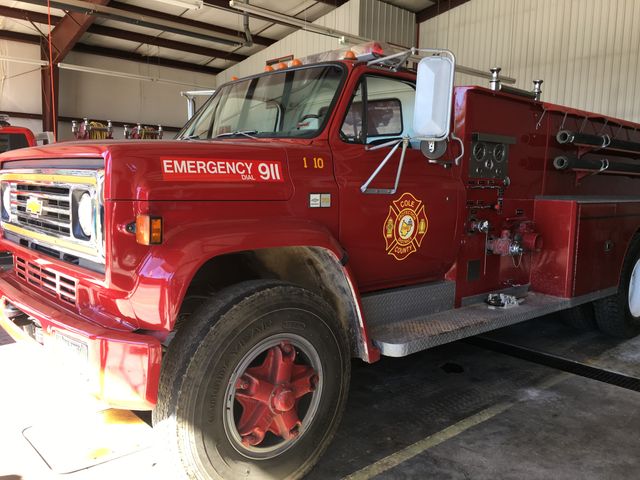 Cole County – From oil-dripping trucks to ones without seatbelts, Cole County Fire District officials say there's a pressing need for voters to pass a 27-cent real estate tax increase in the Nov. 6 election.

The fire district wants to use the money get rid of their aging equipment like trucks, two of which are between 40 and 50 years old. The National Fire Protection Association says front line fire engines have a life expectancy of seven years, according to Cole County Fire Protection District officials.

Steve Cearlock has been a firefighter for over 40 years. He said this equipment is becoming unsafe and unreliable.

“We have 28 apparatus and 18 of those are over 10 years old. Some of them are upwards of 40 to 50 years old,” Cearlock said. “We’re at a point now that we are in dire need to replace these apparatus and bring them all up top standards.”

The proposed increase is to get new equipment such as fire trucks, upkeep buildings and even the day-to-day “turnout gear” like helmets and uniforms.

Cearlock said there hasn’t been a tax increase like this since 1993.

This was after cities like St. Thomas, Eugene and Mary’s Home asked to be incorporated in the district. Now the district is 220 square miles spread within Cole, Miller and Osage counties.

Lauretta Schulte, the Committee for Better Fire Protection Treasurer, said it’s all a matter of safety, not money.

“I hope people don’t make it just about the increase in money, this is about saving lives for them being there and being dependable,” Schulte said. “For that extra money, you can look at it as an insurance. The protection of your own home, of people’s lives.”

Cearlock said seconds matter, and that they do not want to get to the point where trucks are broken and cannot respond.