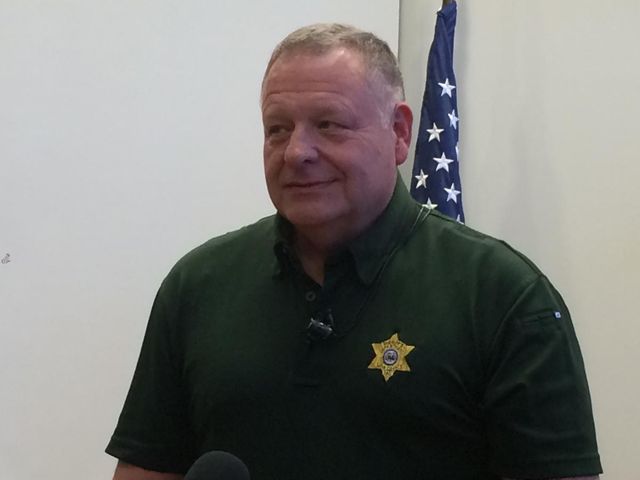 JEFFERSON CITY - In a press conference Monday, Cole County Sheriff Greg White recounted his almost 10 years as sheriff, and formally announced he will not be seeking re-election in 2016.

White, who has served in law enforcement for a total of 34 years, said in a press release and during Monday's press conference that the only viable way for senior staff in the Sheriff's Office to have upward mobility in the office was for him to retire.

White became emotional when asked about cases that have had the biggest impact on him during his tenure as sheriff.

He cited the Elizabeth Olten case, the murder of Kyle Lueckenotte, and the suicide of a friend as cases that stood out to him.

"Anytime someone takes their own life, it's harsh on those of us that are left behind. Anytime that someone takes another life, it robs us as a society of something that was designed to be a whole, and we've lost out on that. The effect on our people is difficult, but we always get through, and when I say our people I don't mean people who work for this agency, our county as a whole," White said.

He also said that the next sheriff must work to improve community and law enforcement relations in order for the sheriff's department to continue its work within the community, especially Cole County youth.

"I will tell you, if young people trust their cops and more specifically their school resource deputies, they share information. That's called intel. Just like it is any other way. They share information that stops bad things from happening, and that partnership between law enforcement and the people they serve is critical to what goes forward."

White said in a press release that Wheeler is a man of integrity who believes in the people of Cole County.