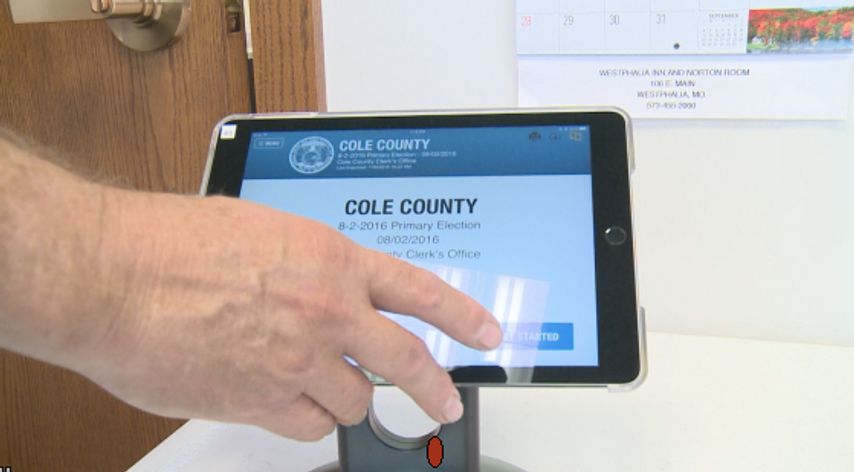 COLE COUNTY - The results for voter turnout in the August 2 primaries came out Wednesday. Missouri Secretary of State Jason Kander's office reported statewide averages, which were just under 25 percent of registered voters. Comparatively that figure is somewhat lower than three mid-Missouri counties: Boone, Cole and Callaway.

Kander's office reported that more than 1 million voters statewide cast their ballot on Tuesday. Kander released his projections the week before the primaries, with an expected voter turnout of 31 percent.

Of the three mid-Missouri counties analyzed by KOMU 8 News, Cole County had the highest voter turnout with roughly 35 percent. It was followed by Boone with almost 31 percent and then Callaway with roughly 29 percent.

The Cole County Clerk, Steve Korsmeyer, said the unique nature of the sheriff's race was a factor.

"The county precinct kind of had an increase, there was a lot of good turnout for the county because of the sheriff's race, so I think that helped boost the overall percentage," Korsmeyer said.

Using data analyzed by Korsmeyer and his staff from the past four years, the county expected the turnout to be much lower than it actually was.

"I figured we'd have around 30 percent, a little more than that, so 35 percent was excellent," he said.

To keep up with the unexpected demand, the Cole County Clerk's office actually had to deliver extra ballots to a few of the county's 28 polling stations.

All of the candidates running for sheriff were Republican, which Korsmeyer said presented a predicament for Cole County Democrats.

Over the past few general elections, Korsmeyer said, voter turnout has been in the range of 70 to 72 percent. He said he expects, with this year's unique political climate, more Cole County voters will show up at the polls come November.