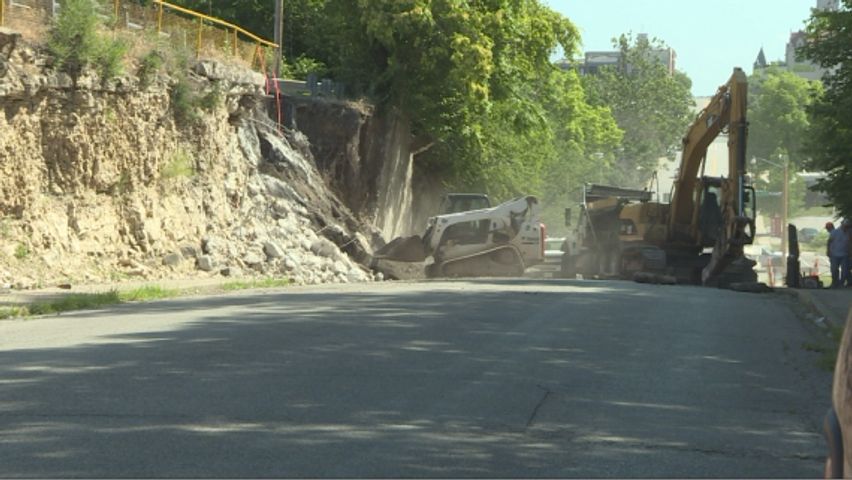 JEFFERSON CITY - The 600 block of Monroe Street will be closed until Friday. Construction crews are removing a retaining wall along Monroe Street.

The Jefferson City Operations Director for Public Works, Britt Smith, said they have been evaluating the leaning retaining wall for a number of months.

"We noticed that it had just a little bit of movement over the last six months. And for an abundance of caution we decided it was best to go ahead and take that wall down," Smith said.

City officials and construction crews plan to evaluate the wall once it is completely removed and then they will decide if they should rebuild it.

The owner of The Blue Skillet restaurant located on Monroe Street said this week's closure will affect her business.

"You get to the restaurant straight up from Monroe Street and most people don't see the building unless they come up Monroe Street," Fefe Rome said.

Rome said in the past she has noticed crumbling rocks on the wall especially when there is rain or heavy wind.

Smith said he wants people to be patient while crews remove the wall because they are trying to keep everyone safe.