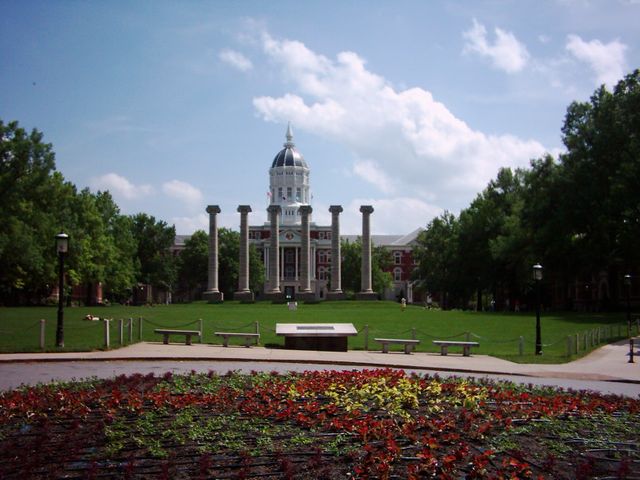 JEFFERSON CITY - Rep. Dean Dohrman, (R-La Monte) has introduced House Bill 1528 to the Missouri Legislature. The bill requires that "any student attending a public or private institution of higher education score at least 70% of the Missouri Higher Education Civics Achievement Examination as a condition of graduation from the institution."

The exam would consist of between 50 and 100 questions and may be administered online.

As an American government teacher himself, Dohrman said the test would just put a framework around the learning that currently takes place.

"We passed a similar statute a few years ago for high school students," Dohrman said. "They're required to take a civics exam and I looked at that and said, 'That's a good piece of legislation on our part.' It's a class we can use all our lives."

MU political science professor Peverill Squire said he thinks the effort is admirable, but not necessary.

"It's a laudable goal to aim for a more informed citizenry," Squire said. "However, I don't think it's needed at this time in Missouri. All students are required to take an introductory course on American government or history so they learn this content already. It's just whether or not we want to institute another requirement and have them go through another set of tests to demonstrate their mastery of the material."

Dohrman said the test would not have any costs associated with it.

"What people may be unclear about if they just glance at the bill is that this test can be integrated within any other exam that is administered on this kind of material," Dohrman said.

Squire said he is concerned about costs associated with the addition of another test.

"It's going to come with some costs and time and energy both with administering the test and on the part of the students," Squire said. "The cost is probably not exorbitant but it comes at a time when universities are being cut so it's not like there are a lot of slack resources around to cover those costs."

Jared Kester, an MU student, said he would initially feel frustrated at an additional workload, but he appreciates the sentiment.

"I like that they want students to have some basic level knowledge of how our government works," Kester said. "I just don't particularly want to take another test."

House Bill 1528 is currently in committee.