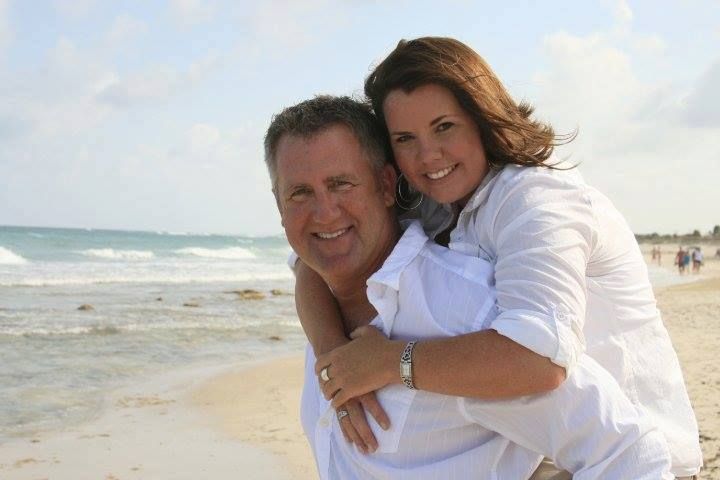 HOLTS SUMMIT - Research published in the Journal of the National Cancer Institute shows colon cancer rates have been steadily climbing in Americans aged 20-39 since the 1980s.

Holts Summit's Tim Tinnin has felt the effects of colon cancer personally. He lost his wife Angie Tinnin to the disease in 2012 when she was 39.

"It's the most horrifically beautiful journey you could have," Tinnin said. "There were days you wouldn't wish on your worst enemy, but I wouldn't trade it either."

14 months before his wife died, Tinnin was planning on proposing to her in Mexico.

"We found out that she had terminal cancer. Cancer can take a lot of things but it can't take love, so I proposed to her in the hospital, we got married a couple weeks later, and started our journey from there," Tinnin said.

Now, he remembers Angie Tinnin through a creek he made in her honor in his back yard, "Angie's Creek".

"The butterfly is there because she said, 'If you see a butterfly, that's me,'" Tinnin said.

Tinnin also honors his wife, as well as others who have died of cancer, with "Angiepalooza," a yearly charity concert that raises money for cancer patients in local hospitals.

"The thought of this just being a random, devastating blow, and you just take your beating and live with the beating, I'm not wired like that," Tinnin said. "I had to find something good to come from it."

Even though colon cancer rates are going up in younger people, it is still a very beatable disease.

According to a statistical review from the National Cancer Institute, the five-year survival rate for people diagnosed with colon cancer between 2006 and 2012 was about 65 percent.

Former University of Missouri graduate assistant Zach Heath is a case in point.

He was diagnosed with colon cancer just before Christmas in 2015 at age 28. He achieved remission last year.

"The ability to think about the future again is an interesting concept because, in some instances, I wasn't sure that I would be alive today at this point," Heath said.

Oncologist Liana Makarian said widespread vitamin D deficiencies as well as unhealthy lifestyles have been shown in studies to increase the risk of colon cancer.

"Everybody works inside and especially in winter months, you can really see really bad vitamin D deficiency," Makarian said.

She said there are also connections to insulin resistance, often seen in people who are overweight.

Makarian said eating too much red meat (more than twice a week) can lead to colon cancer.

She had advice for those looking to prevent colon cancer, as well as those that may be at risk.

"Get physical activity to reduce your abdominal obesity, get vitamin D taking, decrease the red meat consumption to less than two servings per week," Makarian said.

Health said, "Don't be stubborn, it's your health and your life that you're talking about, go get it checked out."