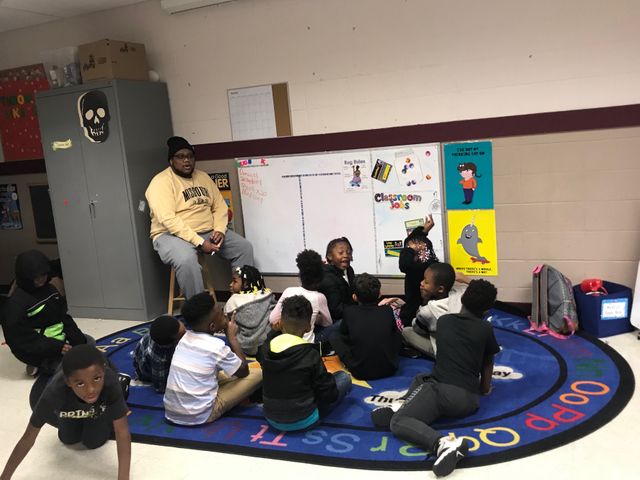 COLUMBIA - Moving Ahead is the only free after-school program for students in Columbia, but it said it's having trouble keeping teachers.

Moving Ahead is run through the Columbia Housing Authority. This year, the program's license changed to allow 99 students to attend due to the opening of a teen center. In previous years, it allowed 65 students. The increase in students means more Columbia families can benefit from the program. But it's causing a problem for teacher retention.

Whitani Beck, the assistant site coordinator for Moving Ahead, said she’d like to have 12 teachers. Currently, there are only nine.

Beck said she often hires teachers who last a few weeks before deciding the job isn’t for them.

One exception is Morgan Buscher, the teen center coordinator for Moving Ahead. She’s worked with the program for almost two years, first as a teacher, and now as a coordinator. She said she’s learned to “not take things personally.”

“A lot of the behaviors that we see aren’t necessarily because of us,” Buscher said. “And remembering that they come to us with baggage. When kids leave here, their bag should be lighter than when they arrived.”

Buscher said she likes knowing her presence is making a difference.

“As tough as the job sometimes can be, one of the very first things you’ll notice is that the kids miss you,” Buscher said. “They notice when you’re not there."

The teen center is a new program this year. As the coordinator, Buscher finds ways to get kids sixth grade and older out into the community to better themselves.

Ebony Williams is a part of that group. She’s a freshman at Hickman High School who started going to Moving Ahead when she was 8 years-old. Williams said she notices the teachers like Buscher who stick around.

“Last year there was a huge situation going on between me and someone else and when I needed a shoulder, she was there for me,” Williams said.

In addition to emotional support, Moving Ahead provides a snack and a hot meal every day.

“When you are dealing with this many kids, making sure their needs are met and that their wants are met is also a big struggle for us,” Beck said.

Beck said even with staffing troubles, Moving Ahead continues to operate.

Beck said the program is hiring, but until it finds additional help, it's relying on its current staff.