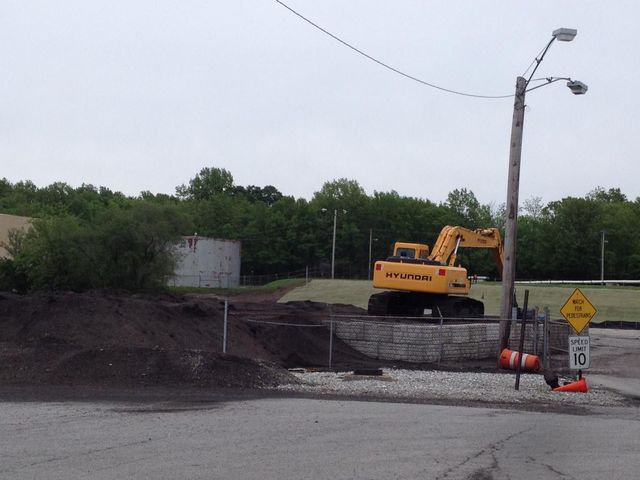 COLUMBIA-  A new report on climate change is cranking up the heat on local governments to address the issue. However, Columbia doesn't seem to be in the hot seat.

The Obama Administration could spark changes in many industries around the country; one of those industries is energy.

According to the report, energy is a popular industry in the Midwest, meaning the region is responsible for a greater sum of carbon emissions. The report states the carbon emissions coming from the region are 20 percent higher than the national average, but it also states it is possible for this to change.

One of the main culprits of the higher carbon emissions coming from the region is the weather. Hot summers and cold winters lead to people cranking up the heat or the air conditioning. The report states this demand could get even bigger with big shifts in weather patterns. Increasing efficiency seems to be a major item the administration's report wants to promote.

Columbia, however, seems to have a plan in place to do its part. The city made a commitment to reduce energy intensity 20 percent by 2020; as of May, Columbia sits less than halfway to achieving its goal, at 13 percent.

Connie Kacprowicz, a spokesperson for Water and Light, said this has been in the works as far back as the year 2000.

"We've seen a lot of different regulations being proposed over the years as far as reduce the greenhouse gas emissions, so we've been making plans for a long time as to how we can reduce that," Kacprowicz said. "Also, in Columbia, we have a renewable energy mandate and that means that we are required to have increasing amounts of renewable energy. So, increasing the renewable energy, as well as changing some things at the power plant."

The mandate was approved by Columbia residents during elections in 2004. Kacprowicz said that while Columbia is plowing ahead with "green" energy, not all forms of it are suited for the city.

"Columbia Water and Light last year had about 7 percent of our power produced through renewable energy resources. The biggest producer of that was wind energy," she said. "Wind energy makes a little more sense for us to do on the utility scale."

But, Kacprowicz said Columbia is not suited for all types of "green" energy.

"Here, in this part of Missouri, we don't really have super high wind speeds, so it's really not cost-effective to do a lot of utility-scale wind turbines or commercial wind turbines here," she said.

The main source of energy in Columbia is coal and has been for a while now.

"We have been burning wood here since 2008 and currently makes up about 15 percent of our fuel mix," he said. Johanningmeier said this was due to the election results where Columbia residents approved the renewable energy ordinance. "One of the first things that the department did to comply with the new ordinance was to add biomass to the coal mix, here at the Municipal Power Plant."

He said they have been able to make the shift without having to make major changes to the power plant or have to bring in new equipment. Johanningmeier said this has been possible by maximizing the use of biomass.