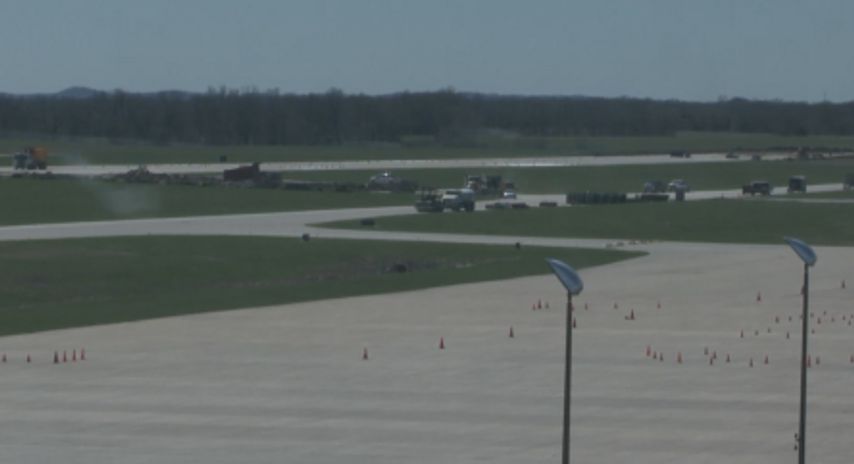 The airport officially announced its closure Monday to make modifications to a runway that's been creating concerns for pilots and passengers. The primary concern was an area called "the crown," where back-up runway 13-31 connects with the main runway, 2-20, which was already closed for maintenance.

John Turnchi is a general aviation pilot who received his license in 2015, and regularly flies small planes into Columbia Regional Airport to visit his daughter. He said he has had nothing but good experiences flying in and out of COU.

"Its been great," said Turnchi. "It's got to be one of my favorite airports to come into."

Turnchi said that the closure was a good thing as it shows the airport is regularly being checked and is a well maintained airport.

"There is enough regulations on how things are supposed to work and the system in place to check them typically," Turnchi said. "I’ve landed on a lot worse runways than Columbia."

COU has both commercial and private flights, something Turnchi said probably lead to the emergency construction as commercial flyers have a lower tolerance for turbulence.

"The commercial operations require a lot more stringent regulations and requirements for runways," Turnchi said. "It might be harder to accommodate than a small aviation airplane.”

With all flights canceled in and out of COU, that means TSA agents are not working as of Tuesday.

In a statement to KOMU 8 News, the TSA said, "our employees will report to work for training or they may choose to use paid or unpaid leave. We will re-evaluate this if the airport remains closed for an extended period of time."

The TSA said the training was "recurrent training on recurring and evolving threats."