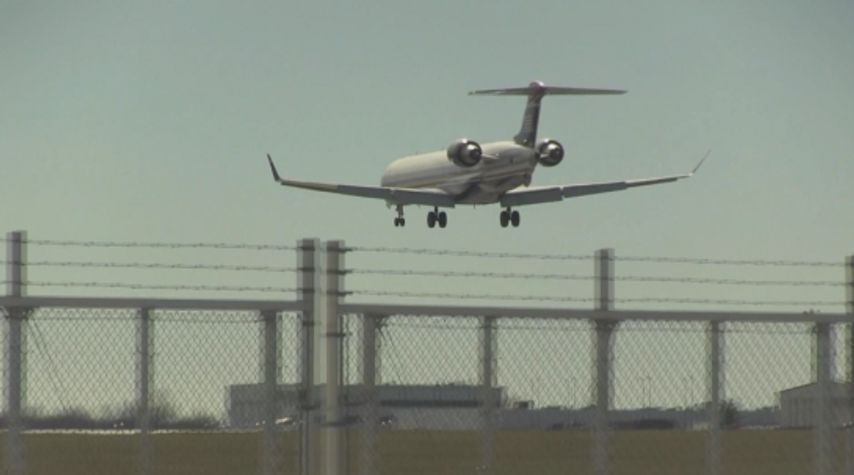 COLUMBIA - The Columbia Regional Airport had its best month ever in September, breaking its previous passenger-load record by 39 percent.

According to airport data, the number of times someone got on or off a plane at COU hit 17,720 in September. The airport's previous record for one month was 12,711, in October of 2016.

This month's numbers should be available in the coming weeks. October is historically a good time for the airport.

Greg Cecil, who sits on the airport advisory board, said new flights and more destinations are part of the equation for a successful airport, but so is a growing population in Columbia and Jefferson City.

"Just those folks in Columbia plus the surrounding communities are growing," Cecil said. "So there's a lot more opportunity for us to pick up customers from those areas."

United Airlines started flying to Denver and Chicago in August, marking one of few times in the airport's history when it has had more than one airline.

"We've got lots of flights now so that really helps the numbers," Cecil said.

The airport is getting closer to finishing a runway expansion that will make operating passenger planes easier, opening the door to a terminal expansion.

But potential groundbreaking is still years off, and the airport needs more money before a new terminal can happen.

"Basically, we're looking at maybe five years unless we can expedite things, um, because we have to get all the funding in place and we haven't received the OK on the federal funding yet," Cecil said.

He said the airport doesn't have much residual funding to help.

"Most of the fees that are generated by airports, between 40 and 60 percent of that revenue comes from parking," Cecil said. "And so our parking is free."

That presents a catch 22 for the airport: Cecil said free parking is an attractive reason for mid-Missourians to fly through the Columbia Regional Airport, but the airport misses a huge revenue opportunity by not charging. If it wants to make money by charging for parking, it runs the risk of deterring passengers.

Nonetheless, the airport is seeing sustained growth like it has never seen before. Cecil said he's optimistic that growth will stick around while airport leadership plans a new terminal.

"You know, our numbers are growing" he said. "The other day, when I flew, I usually know a number of people in the terminal and I only saw one person out of like, approximately 200 people so, you know, our base of support is expanding."