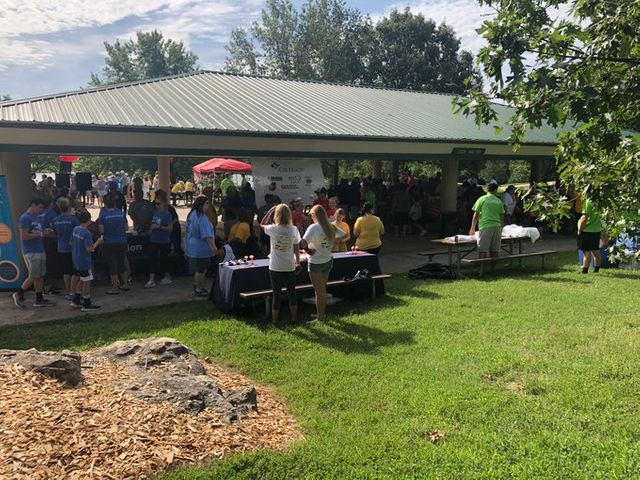 COLUMBIA - Participants raised $83,988 for the Columbia Walk to Defeat ALS on Saturday.

In its 12th year, the ALS Association Mid-America Chapter not only met but exceeded its original goal of $30,000. The teams raised about $27,000 last year.

Amotrophic lateral sclerosis, or ALS, is a progressive disease that affects motor skills and muscle movements, according to the National Institute of Neurological Disorders and Stroke.

Deb Rima came from Iowa to support her brother-in-law at the walk this year. The Rima family found out one of their own had ALS last Christmas.

Rima said she did not know much about ALS until it hit home for her.

"We do need to find more medicines, things for these patients to make their lives much easier," Rima said.

ALS still does not have a cure or effective treatments to halt or reverse symptoms.

"I'm just absolutely blown away by the community in the Columbia area," Van Someren said.

Last month, the University of Missouri's ALS clinic was named an ALS-certified treatment center of excellence by the ALS Association. It is the only ALS-certified hospital in mid-Missouri.