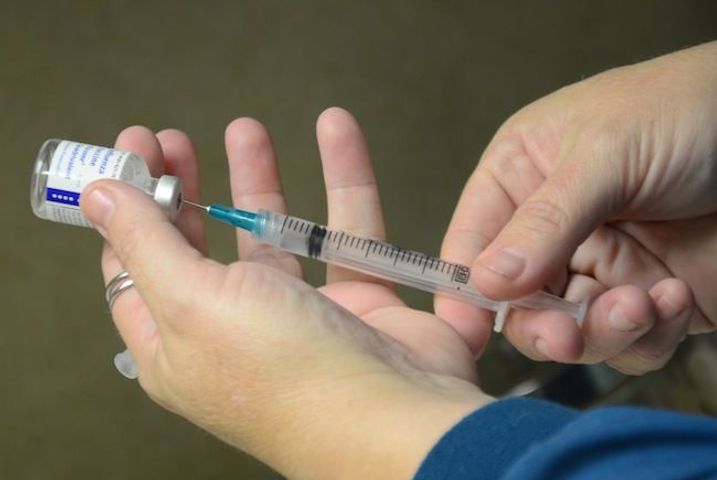 "Flu vaccination is the most important thing you can do to help prevent flu," Columbia/Boone County Health and Human Services Nursing Supervisor Trina Teacutter said. "It’s the most effective method we have for flu prevention."

Residents do not need to make an appointment to get vaccinated and can walk-in Monday through Friday from 8 a.m. to 4:30 p.m.

The vaccine is available to all Boone County residents older than six months and is free for children under the age of 18.

According to a press release, the free vaccines were made possible through a partnership between MU Children’s Hospital and the David B. Lichenstein Foundation.

For residents 19 years and older, the cost of the shot varies based on insurance coverage.

Without insurance the vaccination costs $25.

The Centers for Disease Control and Prevention website says flu activity begins to increase in October and then peaks between December and February. But the flu season can last as late as May.

"The best time to get a flu shot is whenever you can get a flu shot," Teacutter said. "It does take a couple of weeks to get the full benefit from vaccination so you want to get that on board as soon as you can."

Teacutter also said it is never too late to get vaccinated for the flu.

"[Even] if you've waited until after the holidays," Teacutter continued. "We still encourage people to come in to get vaccinated."

A report by NBC news says this year's flu strains could be worse than previous years citing "a particularly virulent flu strain, H3N2, dominated" Australia during its flu season.

For more information on vaccinations and tips to stay well this flu season you can visit PHHS's website.

Law students say they don't get mental health treatment for fear it will keep them from becoming lawyers. Some states are trying to change that
(CNN) -- Before classes had even begun, a judge stood in front of Justin's law school class to tell them... More >>
3 minutes ago Monday, February 24 2020 Feb 24, 2020 Monday, February 24, 2020 3:35:00 PM CST February 24, 2020 in A Brighter Tomorrow
Share:
Email
Facebook
Twitter