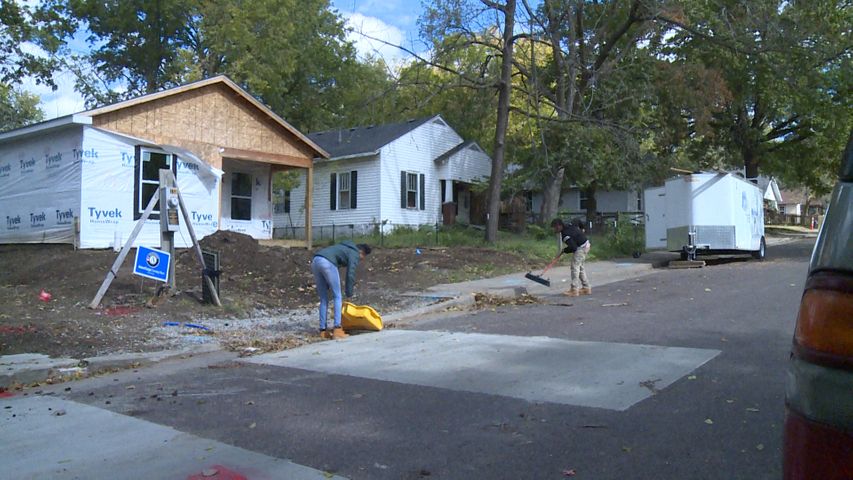 COLUMBIA - The City of Columbia approved an increase in funding for Job Point's affordable houses on Monday.

Job Point, an organization that helps link people with jobs, began building two homes near Third Avenue about a year ago.

The proposal said that "City staff had the Lynn Cottages recently re-estimated and saw a 13% estimated increase in costs from when costs were provided in early 2017."

"The cost of the materials is the primary," Steven A. Smith, Job Point CEO and President, said.

Job Point asked for an additional $15,000 for each home "to cover the removal of access to down payment assistance funds," according to the proposal.

The City also changed its policy in assisting buyers. It "historically provided up to $7,500 in down payment assistance," according to the proposal. Now, Smith says buyers must cover the down payment themselves.

He said he was confident the City would approve the increase.

"It's also assisting the City with its goals, like affordable housing, and enhancing areas that are low-income with newer homes," Smith said.

Houses are sold to first-time home-buyers with low to moderate incomes. The houses are built almost entirely by Job Point students, with the exception of electrical, plumbing and drywall tasks.

Soldener said he works on the houses every other day for about 7 hours each day.

"It helps our students gain experience in working in construction, or just working period - showing up everyday, being on time, all those kinds of things," Smith said.

He also said they still would have finished the houses, even if they did not get an increase.

"Number 7 will probably be listed this month," Smith said.

Soldener said number nine will likely be done next year.