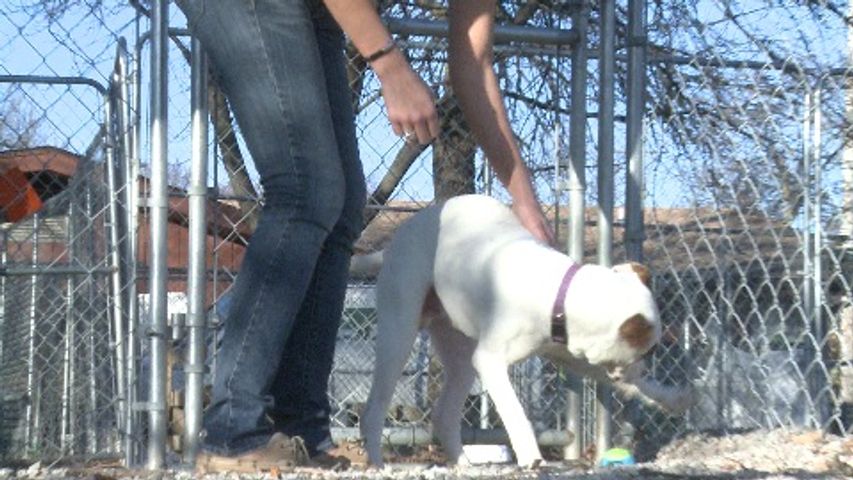 COLUMBIA - On Monday, the Columbia City Council approved an amended animal tethering ordinance that will be in Chapter 5 of the city code.

Council member Michael Trapp said the 2011 ordinance was very hard to enforce because witnesses had to testify in court about a dog being left outside.

"Now, what we decided through this ordinance, is that requiring an adult or older child to be home when the animal is tethered, that's very verifiable, you know you can go knock on the door and if nobody answers and the dogs tethered, then you know there's a violation of the ordinance," Trapp said.

Melodie Whitworth, director of Unchained Melodies, has been working on an anti-chaining movement in Columbia since 2008. Her organization focuses on helping dogs that are chained and penned for long periods of time, as well as taking care of abuse and neglect cases with dogs.

Whitworth said one reason dogs are put on chains outside is because of training issues.

Trapp said another reason some people keep their dogs in their yard might be for security reasons. However, situations where there has been little human socialization is when behavioral issues could be a problem.

"The research we heard presented tonight said that a large portion of dog bites come from dogs that are tethered, so we just know there's a basic relationship between keeping a dog tethered and the possibility of a dog bite," Trapp said.

Whitworth said, often times when a child sees a dog, they get excited and want to pet it, but a dog can be very territorial with its limited amount of space.

"They don't look at the child as a cute little 'fuzzy-wuzzy' like the child looks at them. And so a lot of times they will snap and bite. They can't get away so they lash out," Whitworth said.

Unchained Melodies teamed up with the Columbia/Boone County Public Health & Human Services to collaborate on the best way to improve the ordinance. They even brought in a prosecutor to discuss the best way to enforce it.

The approved draft focused on some continuations, as well as new regulations including:

-animals cannot be tethered as a primary restraint

-animals cannot be tethered longer than 30 minutes, unless they have adequate food, water & shelter for their size and condition

-animals may not be tethered unless supervised by a competent person, physically present on the property

-definitions of what types of harnesses and tethers can be used

-no animal under six months of age can be tethered

Columbia Animal Control is in charge of enforcing the ordinance, but Whitworth said Unchained Melodies is willing to help owners better train their dogs to be inside their homes. In addition, if an owner has to give his or her dog away, the organization can help find it a new home.