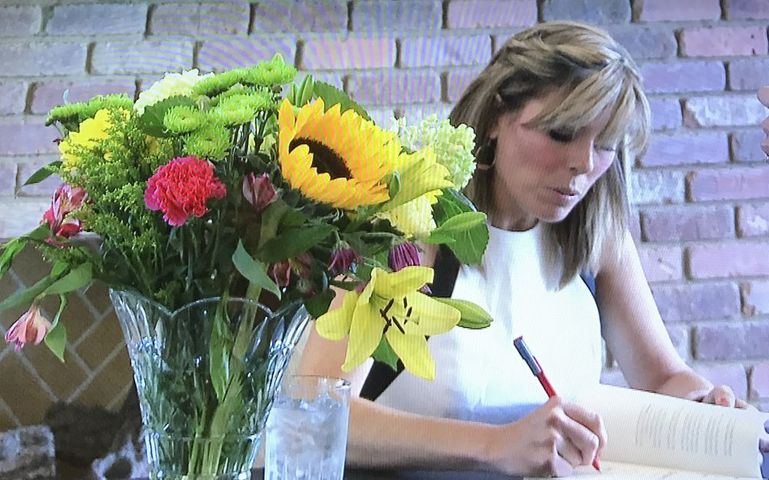 Orr writes for COMO Living magazine and has a parenting blog, but recently struck a deal to publish her novel “The Good Byline”, the first in a trilogy.

The process for Orr has been a journey with many trials and tribulations.

“I have worked and tried and dreamed about this for such a long time, and now that it is happening it is beyond exciting,” Orr said. “It is even better than I thought it would be.”

Orr is originally from Chicago and came to Columbia as a student at the University of Missouri to study journalism.

“Writing was always a thing I loved doing, but I didn’t ever really write fiction until about five years ago,” Orr said.

Orr said she began wondering if she would be able to write a novel.

“I always read mysteries, and I tried it,” Orr said.

This is the third novel Orr has written, but the first two were not published. Orr said she continued to pursue writing and read more and more about the craft trying to improve.

“I kept reading books on craft and reading, reading, reading more books that were out there on the shelves to try to get a feel for what works and what doesn’t,” Orr said.

Orr said between the three novels, she received more than 150 rejection letters from publishers, but her persistence paid off.

“It was difficult, but I didn’t take it personally and I always knew that this was something I wanted and was worth working hard for,” Orr said. “I always say this, but if the book doesn’t sell a single copy it was worth it because my children got to see me try and fail and try and fail and then keep going because it was important to me.

Orr said she is very happy because in addition to the first, the two following books will be published by Prospect Park Books as well.

Laura McHugh introduced Orr to the crowd of family and friends at Friday night's event. McHugh is an author herself and says her and Orr meet when they first began writing novels. They are members of the same writing group.

McHugh complimented Orr on her writing and said she is a very generous writer by sharing critiques and helping out others in the group.

“She has a real gift for writing humor, which is very difficult to do,” McHugh said. “Not a lot of writers can do that successfully, and she is just a natural at that.”

McHugh said the many disappointments on the way to getting published make the end result even sweeter.“I could not be more excited for her for this day to come. I knew it would come and now it is here and I am just trilled for her,” McHugh said.

Orr is scheduled to speak about her book and sit on panels with other authors in the coming months, making a trip to Toronto in October for the Bouchercon World Mystery Convention.