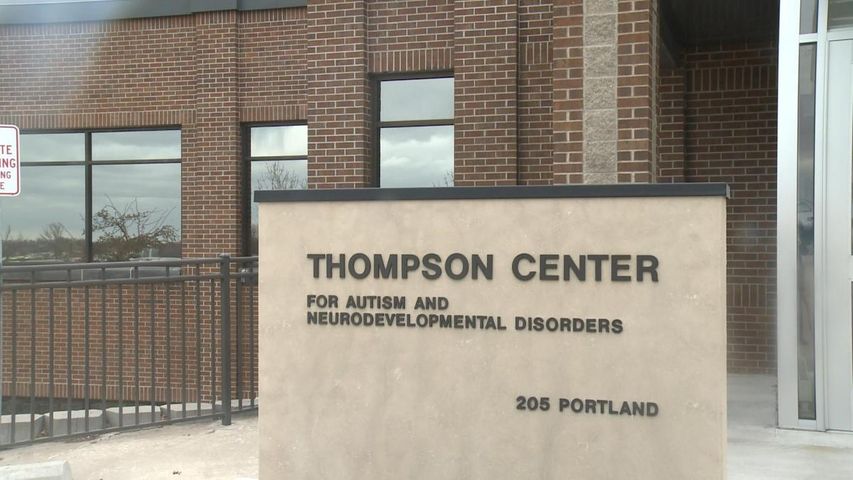 COLUMBIA - The Thompson Center for Autism and Neurological Disorders is holding its eighth annual Autism Intervention Conference beginning Friday, April 19 and ending on Saturday, April 20. Organizers say the goal of this years' conference is to not only educate, but also provide support for parents and professionals alike. The conference plans to attract everyone from psychologists and medical professionals to service coordinators, parents, and advocates.

Project and Training Specialist Anna Laakman said they have divided the conference into different strands.

"When they think about scheduling they look at who the target audience would be, and they align speakers for different topics over the two day conference," Laakman said.

One of the biggest topics that will be discussed at this year's conference is the fifth edition of the Diagnostic and Statistical Manual for Mental Disorders (known as DSM-5). The Thompson Center's executive director, Stephen Kanne, will be giving two presentations that will present coming changes in the DSM-5.

"[My presentation] will allow the clinicians that come to the conference to kind of work through what does that mean in terms of how we diagnose kids," Kanne said. "So, not just like telling people these are the changes, but also working with the professionals and saying what does this mean and how do we have to think about it differently."

One question being raised by parents is, with the new changes, will those currently diagnosed with autism have to be re-evaluated, and will they still receive the care that they need?

"With my oldest son that is what I am more concerned about," mother of two sons with autism Cyndi Shadwick said. "It took a while to get his diagnosis and once we got it we got the treatment he needed, but I am just afraid if they change the diagnosis he will not get what he needs."

Kanne said after applying the DSM-5 criteria to existing samples, it narrows rather than broadens diagnoses.

"'Modifiers' are basically numbers that represent level of functioning across several different domains, like is there a genetic syndrome present? Is there a cognitive impact? Are there seizures present?" Kanne said. "So basically the number itself will give you this mini profile of the kid, which is kind of cool."

Kanne said one of the main goals is making sure everyone with autism still gets the care and support they need.

"Cognitions and diagnosticians have already been thinking in the field for the last several years is not much different from the way the DSM will change the way they think about the diagnosis," Kanne said.

The DSM-5 is scheduled to be released next month.

For more information on The Thompson Center or the DSM-5, visit their websites at http://thompsoncenter.missouri.edu/ and http://www.dsm5.org/Pages/Default.aspx.