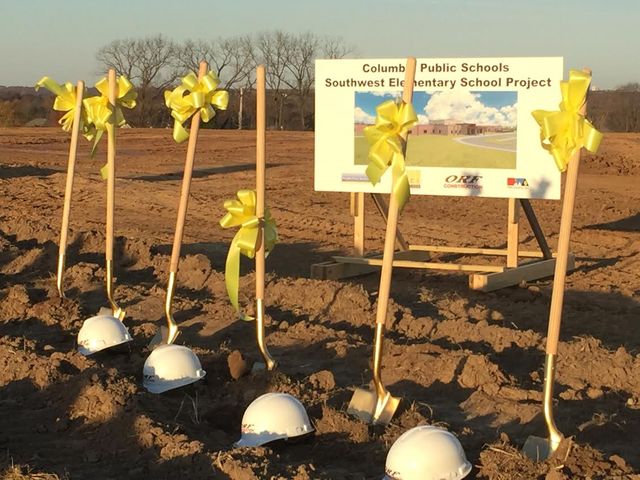 The site for the new school was purchased last year for $2.8 million at the northwest corner of Scott Boulevard and Route KK.

The Columbia Public School Board and the principal at Mill Creek Elementary agree this school will solve overcrowding problems at Mill Creek and nearby schools.

"We are way behind in brick and mortar classrooms for the elementary school students," said Jonathan Sessions, a member of the Columbia Public School Board of Education.

The new school will cost $16 million and is projected to open in 2016.

Tabetha Rawlings, the principal of Mill Creek Elementary, said based on the significant amount of growth in the area, the new school will be up and running at the right time.

"If we didn't have the new school being built, I can see in a few years it really being a problem," Rawlings said.

There are several trailers being used at Mill Creek right now, which is a problem the school board hopes the new school will fix.

"Adding trailers to deal with growth in a rapidly growing community was a really easy fix. The problem is those are not great classroom spaces," Sessions said.

Last year, the school district made some boundary changes with the elementary schools, which Rawlings said was a quick solution to the overcrowding at Mill Creek.

"We had to have a few boundary changes also because we are so large, we just had no place to put any other classrooms," Rawlings said. "I did not have any open spots for new teachers to go to, so if they wouldn't have done something last year, our numbers would be really high this year too."

The Columbia School Board said additional elementary schools will be built if the need continues.

The design for the new school will be very similar to the new Battle Elementary School and will have the addition of an extra wing.

The school board said the similar design will help speed the project's progress.