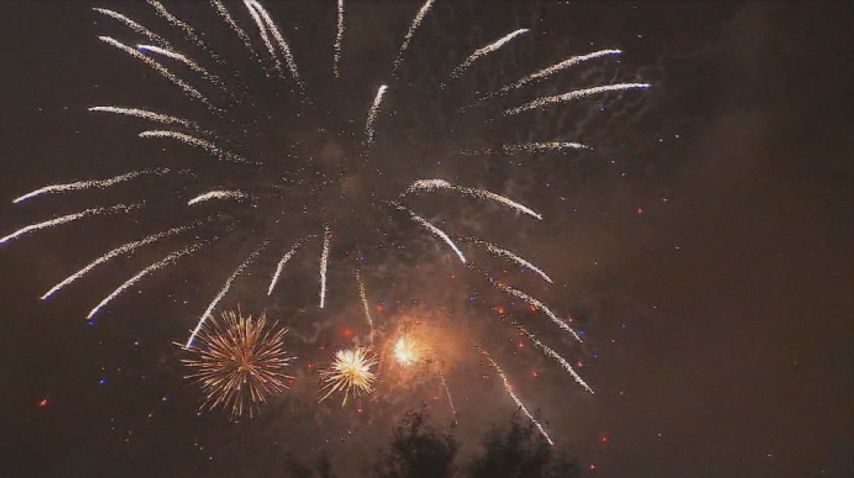 COLUMBIA - With the Fourth of July weekend coming up, burn surgeons are offering people firework advice to help keep them safe this weekend.

The University Hospital's burn and wound program director Jeffrey Litt said the Fourth of July weekend is one of the busier parts of the burn surgeon's season.

"Most of the time people come in with smaller injuries, but they can be very severe injuries as well, even though they're small," Litt said. "From various mishaps with fireworks whether it's grabbing a sparkler or having a sparkler ignite a piece of clothing, or something exploding in someone's hand, an M-80, exploding in someone's hand because they felt that had enough time to light it and release it, and all the sudden they didn't. So it can be very serious."

Litt said although people might think sparklers are the safest option for young children, they are actually the second most frequent type of firework that cause injury.

"Part of the reason is because they get the hottest of all the different various forms of fireworks that one can purchase," Litt said. "They get up anywhere between 1,500 to 1,800 degrees Fahrenheit and that can cause a burn if you touch it directly in well less than a second, a full third-degree burn requiring surgery in less than a second."

Litt said more than 50 percent of burns are on people's hands, arms and faces.

"You can get burns anywhere and certainly someone can have their clothing ignited in which case it can really be anywhere," Litt said.

Depending on the strength of the firework, Litt said it is possible to lose a body part.

"You can easily blow a finger off or even part of your hand off," Litt said. "You can explode in your face and lose an eye. Lose parts of your face that we can't reattach unfortunately."

Litt said people should leave the handling of fireworks to the professionals.

"If you're going to want to see fireworks, there are plenty of great places here in town," Litt said. "And let the professionals that know how to handle pyrotechnics really put on the show and they assume whatever risk there is to assume."

He said if people are determine to set off their own fireworks, keep them away from children.

"Do not let children play with them, is number one," Litt said. "I would keep water handy, whether it's a bucket of water or light them near an accessible hose in case something wither catches on fire or doesn't react the way you expected it to, you could douse it fairly quickly."

He said never aim fireworks of any kind, or throw anything explosive near anyone.

Litt said If something does go wrong, the first thing a person needs to do is calm down.

"It's a high tension situation and people panicking just makes that even worse," Dr. Litt said.

He said if the person is still breathing or talking, "they're going to be fine. Call 911 for most things and get advice. They might send a crew or ask you to go to nearest hospital or urgent care center. But I don't want to meet anyone new this weekend as my patient."