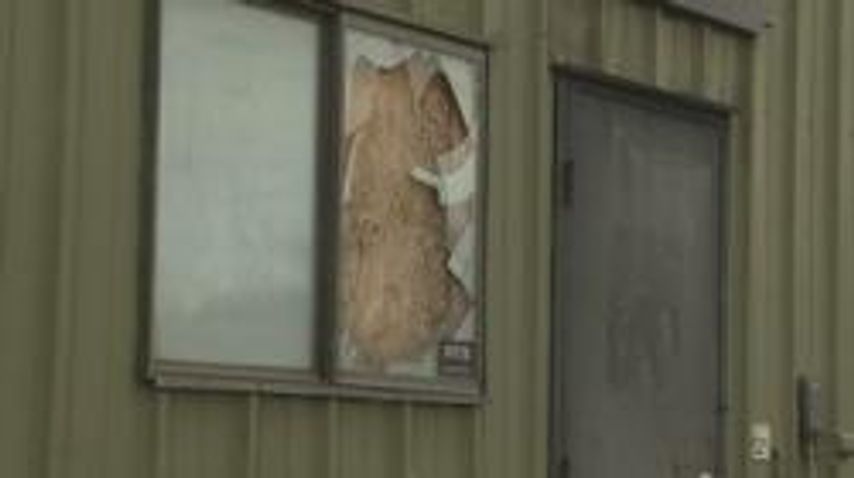 COLUMBIA - After a month and a half, business owners on Big Bear Boulevard are still trying to recover after a string of break-ins.

Officers were dispatched to an alarm, several busted windows and a broken door.

On the day of the break-ins, The Tinting Spot owner Jeff Gomez said his business was one of many that got broken into. He said a small amount of money was taken.

Gomez said after the break-in, he purchased security signs and stickers from a security company to deter any type of crime from his business.

"I think that when people see that there's security systems in place, they'd be foolish to attempt to break in or even tamper with a door or a window, because it's a silent alarm, and probably within a couple minutes the police would be here", Gomez said.

Gomez said it took a lot of time to clean up the damage; however, he said the Storage Mart Management made sure businesses felt safe.

"They came over to make sure everything was OK. They changed our door locks, they added security themselves to our doors. So that was kind of impressive," Gomez said.

Withrow Electric owner Rich Withrow said his business was the only one in the area that did not get broken into. He said he thinks the reasoning behind that is due to the lighting and location of his business.

He said his business had a fake camera set up outside of their business at the time of the break-in and believes the presence of the camera prevented his business from being hit.

Withrow said he has now installed a real security system but said that doesn't eliminate the possibility of another break-in.

"They might say lights or no lights, cameras or no cameras, we're going to bust in this place. But I'd say chances are they won't because of the lighting, mainly the lighting, I mean we're right out on the street. A cop can by anytime while they're in the process," Withrow said.

Both business owners said they have not seen an increase of police activity near Big Bear Boulevard since the day of the break-ins.

Gomez said he has yet to hear any updates from the Columbia Police Department on who committed the crime.

Both business owners said they plan to keep being vigilant to ensure safety.