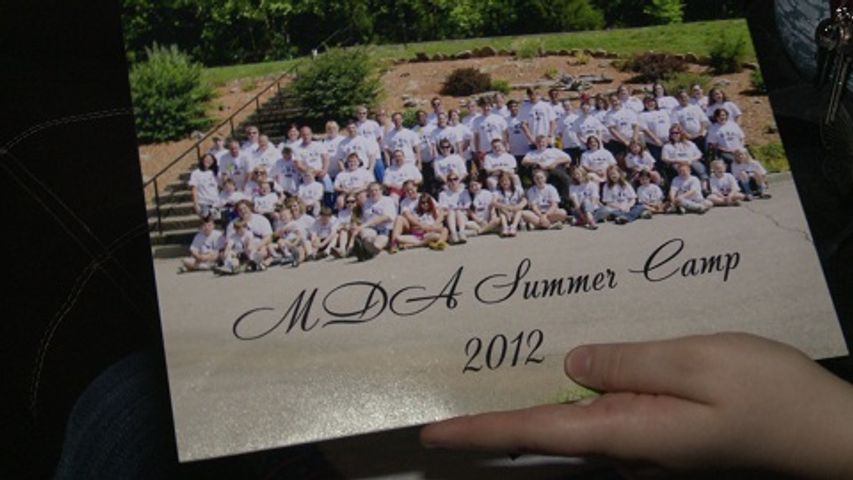 COLUMBIA - Lowe's and other Columbia businesses are holding fundraisers through the end of March to raise money to send Mid-Missouri children to the Muscular Dystrophy Association summer camp at the Lake of the Ozarks.

Lowe's has pledged to one child the opportunity to attend the camp for every $800 the store raises. Last year, the store raised just under $1,500, but customer service manager Joe Hollingsworth said the store and the MDA are aiming for $10,000 this March. That amount would fund a week-long summer camp for at least 12 children with neuromuscular disorders. Hollingsworth has aggressively sought donations from local businesses for silent auctions inside the store, and he said every effort helps. "These kids are amazing," Hollingsworth said. "Just seeing that light in their eyes when they talk about camp, that's what lit the fire in me."

Inside Lowe's, customers can purchase shamrocks to hang on the walls for $1, $5 or $20. The store is also holding silent auctions of items donated by local businesses, including gift cards, nights in hotels and St. Louis Cardinals tickets. The shamrock program and silent auctions run through March 31.

Fifteen-year-old Tanneal Cheshire of New Franklin attended the MDA summer camp last summer. She said she hopes more children get the same chance she did to meet others facing similar struggles each day while having a great time making friends. "I just feel so privileged to have all these people working partly for me and partly for everyone like me, and it's so uplifting to know that there are so many people that want to help," Cheshire said.

Cheshire lives with Charcot-Marie-Tooth disease, a form of muscular dystrophy that damages the nerves in arms and legs. She said she frequently experiences shooting pains in her legs but after a while, the pain stops and she can go on with her day at school. Cheshire said before she went to camp, she had very little contact with anyone who faces similar problems every day. "As soon as I went to camp, everything changed," she said. "I fit in, and it was just amazing to have people all around me who understood me like that."

Joe Hollingsworth said his experience working with an MDA summer camp in Tennessee inspired him to support the cause each year. "I got to meet some of the kids, and let me tell you that summer camp for these kids is bigger than Christmas to most kids," he said.

Cheshire said her experience at the MDA summer camp taught her that she does not need to feel limited by Charcot-Marie-Tooth. "Life is only going to get worse if you think negatively, but if you think positively and focus on the things you can do instead of the things you can't do, everything opens up and it's a whole new world."