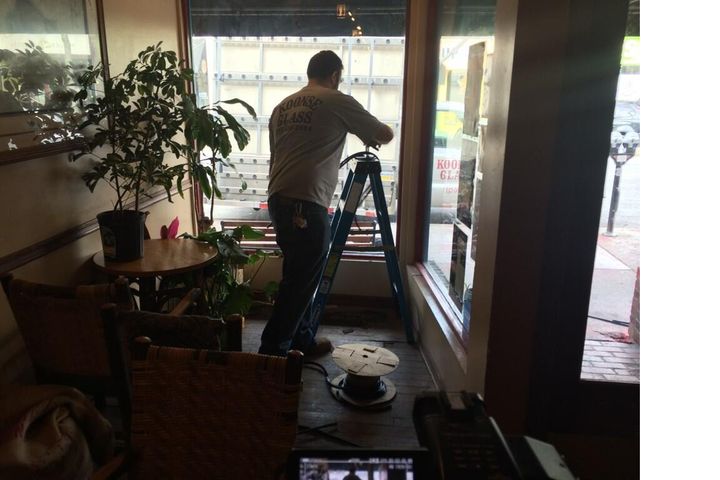 The vandals hit downtown businesses, The Coffee Zone and Lakota Coffee among others. Andrew DuCharme, general manager of Lakota Coffee, said vandals broke windows and splattered red paint on the storefront, causing over $10,000 worth of damage to the coffee shop. DuCharme said insurance will pay for most of the repair costs. Workers from Koonse Glass were at Lakota on Monday repairing the damaged glass.

"We're still continuing to do a couple of minor detail jobs on [the glass]," DuCharme said. "We're going to have to have a cleanup crew come and clean off the paint."

DuCharme said that Columbia police are working to find the vandals responsible for the damage. It gave police evidence from its surveillance cameras. Additionally, police are reviewing video evidence from outside the store.

DuCharme said customers have stepped up to help Lakota recover from the vandalism. He said that one customer even donated money to the business.

"We had someone come and give us $13, saying, 'hey, it's not much, but here's a little something to go toward [the repairs]," said DuCharme.