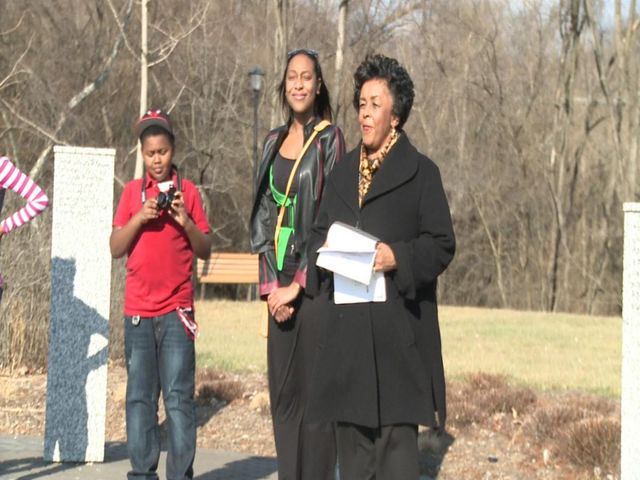 King was a civil rights leader in the 1960s before he was assassinated in Memphis, TN in early April 1968. 15 years later, President Ronald Reagan and Congress created a holiday to celebrate King. Since then, it's been celebrated on the third Monday of January near his birthday.

Former Columbia councilwoman Alameta Crayton hosted the Poor People's Breakfast. Crayton said,  "The breakfast has been around for about 14 years. The purpose of the breakfast is to bring neighborhood folk and talk about Dr. King and the issues that were affecting them."

Crayton also says, "It' s a way for neighborhood people to meet each other.

Crayton refers to the homeless in Columbia. She calls them neighborhood people because they live in the neighborhood. "They may not live in a house or so, but they live right here."

Bishop Lorenzo Lawson partnered with Crayton 10 years ago. He is a part of Chosen Generation Ministry and mainly ministers to the homeless.

Lawson says the average homeless person goes two days without food. "I talked to someone at food bank and they say that can't keep food. A large part of that has to do with lower middle class slipping under the poverty live because of the recession."

Lawson also says "It really affects the children in Columbia, there is alot of hungry children.'

In addition to the Poor People's Breakfast, the Columbia chapter of NAACP (National Association for the Advancement of Colored People) held a brief service at the Martin Luther King Jr. Memorial. The memorial holds eight columns. Inscribed on the columns are quotes that King said during his lifetime on a variety of issues.

Local community leaders came out and spoke about Dr. King, what he stood for and how his legacy made a lasting impression in our modern world. The service continued by motorcade on to 2nd Baptist Church, where a luncheon was held and community awards were given.