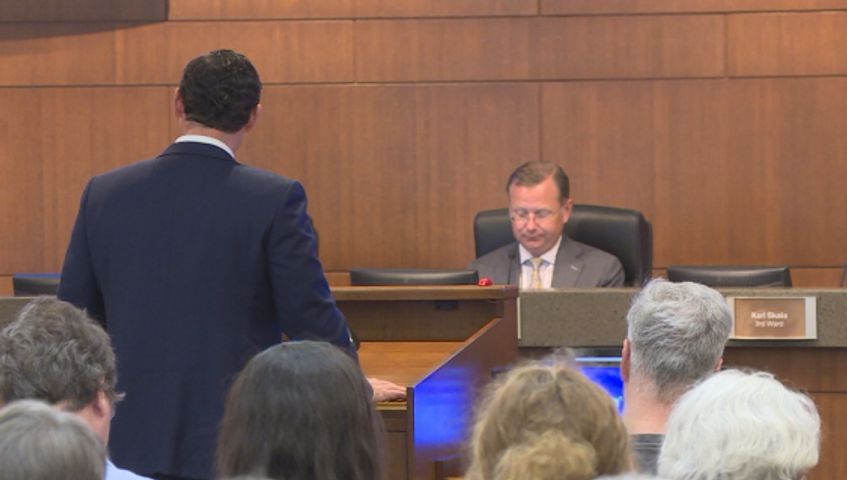 COLUMBIA - The Columbia Chamber of Commerce harshly criticized the city council at Monday night's meeting regarding projects being put on hold that voters have approved.

"What we are concerned about is that when you stop or delay a project that people are expecting to be completed, you then begin to potentially erode public trust for future bond proposals," said Jerry Dowell, Director of Government Affairs for Columbia Chamber of Commerce.

The main issue Chamber officials highlighted was the 2013 Henderson Branch project, which would expand sewer services to businesses in the Midway area.

"I don't think the majority of taxpayers in Columbia want to be building a 4 million dollar sewer plant outside the city limits," said Mayor Brian Treece.

Dowell said the Henderson Branch project bond proposal was approved by nearly 80 percent of the voters in November of 2013.

Treece said when voters approved the funding of the project it was 2.6 million dollars and when the city moved forward with it, the project bid ended up being 4 million.

"If we build the Henderson Branch sewer extension it means that we are not building something in the city limits and I think we need to take care of what we have before we bought off more than we can chew," he said.

Another concern voiced by the chamber's is how difficult it is to obtain information on the city of Columbia's website, in regards to where progress of these projects stand.

"It's not readily accessible," said Dowell.

The mayor disagreed, and said he has worked hard to have transparency between the city and its residents.

"Anybody can go on the city's website and see exactly where we are on those voter approved projects and feel very proud that we are making progress," he said.

Dowell said what the chamber is looking for from the city is more transparency and communication.

"Let's communicate with the public," he said.