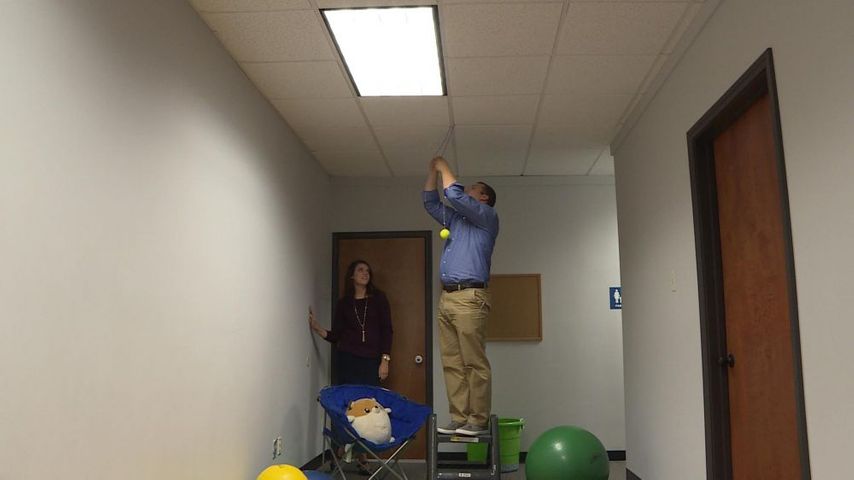 COLUMBIA - One local doctor is offering a free class to help parents understand and identify a disorder children increasingly have.

Sensory processing disorder is a growing concern for kids in todays society and roughly 1 in 6 kids have some form of it whether mild or severe, said Dr. Aaron Cunningham.

"October is sensory awareness month, so what we are doing is bringing a class to Columbia just to help parents, teachers, caregivers to understand kids who may have sensory issues. Right now we see a lot of kids who have attention issues or they are not understanding their life around them and they are getting frustrated. Teachers may not know what is going on. So our class tomorrow is just answering why that is going on and possible corrections for that," Cunningham said.

Children with this disorder can either be hypersensitive or hypo-sensitive to any on of the five senses which can affect their behavior.

"Every sense has the same thing with tactile you may be touching an individual and they may not care one bit but if you barely brush against someone who is hypersensitive to touch they could just squirm and want to get away or run away," Cunningham said.

He wants to advise caregivers through this class of why it is important to look out for these kind of behaviors.

"If you'e a parent or a teacher and you're just not sure why your child or some kid is acting a certain way, don't just blame it on behavior or being defiant. A lot of times it's just because they're trying to be comfortable in their own environment and they just can't," Cuningham said "So we are here to help analyze that and just let you know."

Lauren Beaman said she saw major improvements in her nephews behavior after therapy.

The class is from 6:30 to 7:30 on Tuesday, October 25, at Keystone Chiropractic and Sensory Development Center in Columbia.

Columbia businesses don't have to refuse service to unmasked customers
COLUMBIA—About 20 people filed complaints about other individuals or businesses not following the mask ordinance this weekend, according to the... More >>
8 hours ago Monday, July 13 2020 Jul 13, 2020 Monday, July 13, 2020 7:19:00 PM CDT July 13, 2020 in News
Share:
Email
Facebook
Twitter