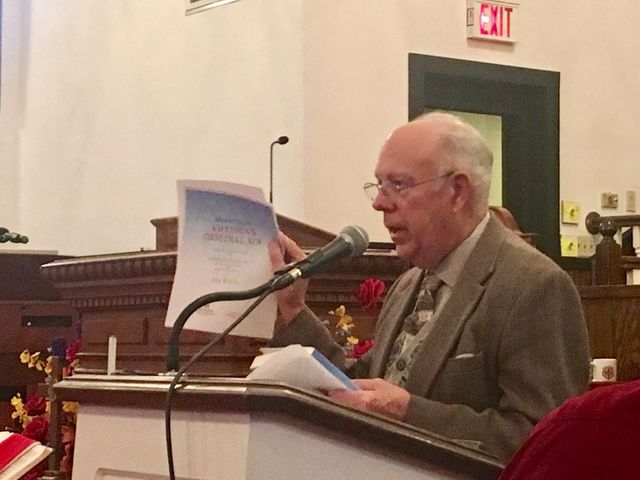 COLUMBIA – Over 100 people gathered for an event entitled “Critical Conversations in Troubled Times” at Second Missionary Baptist Church in Columbia Sunday afternoon. The event launched a book study on racism with over 12 different culturally diverse churches in the Columbia community.

“At first, the idea began as what can the white churches do to help black people in our community,” said Don Day, a congregation member at Broadway Christian Church.

“But now I realize, it’s not what the white churches can do for black people, it’s what we can do together,” Day said.

The idea stemmed from Day and his desire to continue the dialogues of race in the community.

Day said the purpose of the book study is to allow members from churches of varying cultural backgrounds to share personal stories of racism. He also said he hopes it helps people involved a better understanding of the issues of racism in Columbia and beyond.

Another goal of the book study is to see what efforts in Columbia have been started and what efforts need to begin in the direction of racial reconciliation.

The Broadway Christian Church received $1,300 of reconciliation grant money from the Disciples of Christ Church to deal with issues surrounding racism.