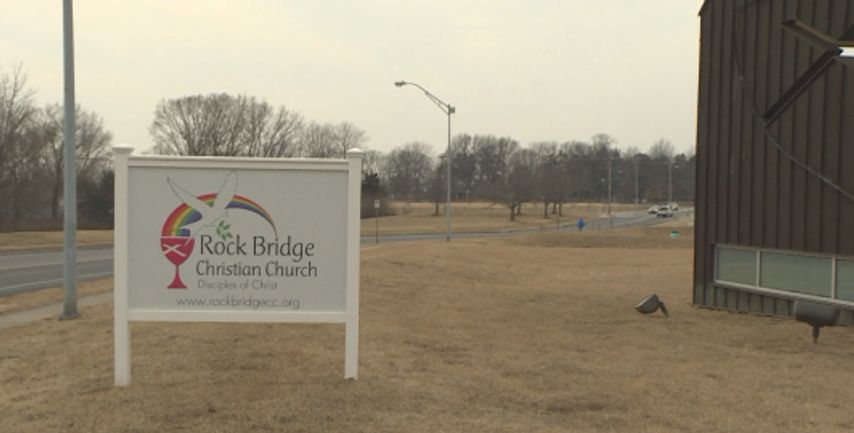 COLUMBIA -- Two Columbia churches helping to shelter people facing detention or deportation are asking the public for help—and they're using alcohol to do it.

Rock Bridge Christian Church (RBCC) and Unitarian Universalist Church of Columbia (UUCC) are working together to host the "Wine and Sanctuary" fundraiser, which will help cover costs needed to offer shelter and other resources to people who are undocumented.

"The money that is raised at this event is going to the Missouri Faith Voices sanctuary fund," RBCC pastor Sarah Klaassen. "So it's not just for Rock Bridge Christian Church, but it's also for the UU church and others whose sanctuary efforts are happening here in mid-Missouri."

Missouri Faith Voices is a statewide, non-partisan organization committed to supporting people who are targeted by unfair policies and practices.

"When someone takes sanctuary, it's usually a legal strategy to avoid an unjust detention or deportation," UUCC pastor Molly Housh Gordon said. "In becoming a sanctuary congregation, our congregation has committed that if someone needed a safe place to be while they were engaged in a legal process to remain in their community legally, we would be that safe place for them."

Missouri Faith Voices has estimated there could be 2,400 people who are undocumented. There are more than 1,000 sanctuary churches in the country, according to a press release from both churches.

"The new sanctuary movement has been around for a couple of decades, and it's a movement among congregations of various faith traditions providing safe space for immigrants and refugees," Gordon said.

The "Wine and Sanctuary" fundraiser will be at the RBCC and will consist of wine tasting, appetizers and live music. It is scheduled to be from 6 to 8 p.m. Babysitting services will also be offered if parents RSVP to eventchildcare19@gmail.com.