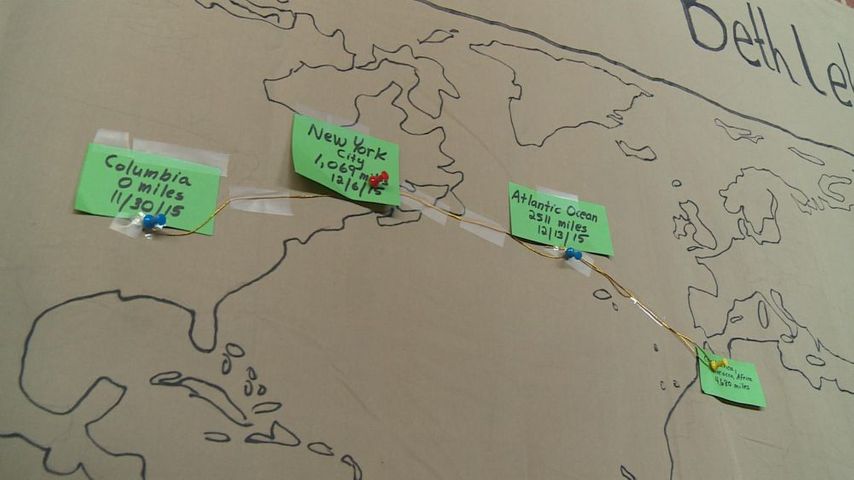 COLUMBIA – Three churches are traveling to Bethlehem for the holidays, but they aren’t stepping foot outside the city.

Our Lady of Lourdes, St. Thomas Moore and Sacred Heart Catholic parishes joined together in a program called "Walk to Bethlehem." Participants will collectively walk, run and exercise over 6,000 miles – the distance between Columbia and Bethlehem.

It’s no coincidence the journey takes place over the Christmas season, according to one of the program’s coordinators.

“When we get ready during Advent for Christ coming again, and to celebrate his coming, we transform ourselves by becoming better versions of ourselves,” said Linda Kolostov, the coordinator of health ministry at Our Lady of Lourdes.

The program counts one mile for every twenty minutes of physical activity or prayer. It accepts traditional exercise as well as time spent on things like housework. Participants submit their weekly miles online or at church.

“Of course, they can pray and walk at the same time or exercise and then get double the miles,” said Kolostov.

Larry Schmidt and his wife Doris exercise nearly every day to add to the group goal. Larry said he prefers walking, but he doesn’t use a pedometer or Fitbit to keep track of his mileage; instead, Schmidt said he counts his paces like he learned to do in the military.

With the efforts of participants like the Schmidt’s, the group has made it 4,680 miles to Casablanca, Morocco. Kolostov said she believes the group will achieve its goal by its end date on Jan. 6. The program concludes on the Feast of Epiphany, which marks the three wise men’s visit to baby Jesus.

Kolostov said she hopes the program will expand in future years. She welcomes other churches in the community to participate too. And for those who participated this year, Kolostov encourages them to continue exercising and praying.

“This was a goal driven thing with a lot of accountability made into the program, but some of that will be sustainable. I think it will change people and see that it did make them feel better by exercising, by praying more,” said Kolostov.