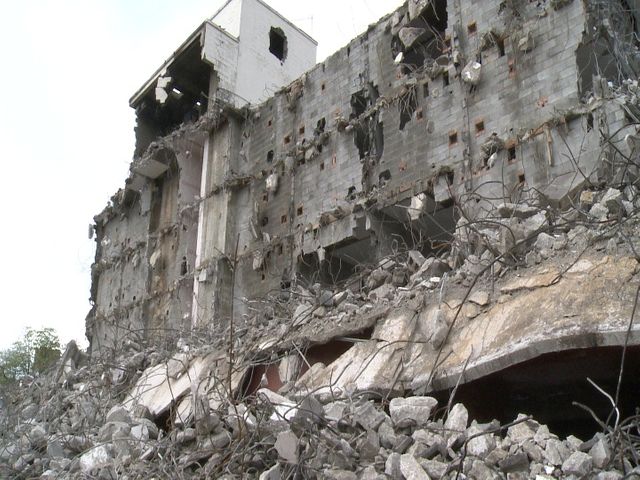 COLUMBIA - Columbia residents had mixed feelings about the sight of rubble in downtown Columbia today.

The Regency Hotel is being torn down this week and progress is about one third finished. The building is currently in ruins and all that's left are a few empty floors.

Those were supposed to be torn down today, but according to site construction workers, a hydrolic cylinder on their excavator broke in the middle of work and further teardown will have to be postponed until Monday. Had the cylinder not broken, two-thirds of the teardown would have been done today.

Many residents had fond memories of the Regency Hotel, but most were happy to see a change in downtown Columbia.

"The bottom line is there's gonna be a nice new hotel going up. The hotel that was there was kind of dated in it's architecture and appearance," said resident Alex Parks. "It looked like it was a sixties type of architecture and it really didn't fit in with downtown Columbia with what they really want to have."

"This new hotel will be a good thing for football fans to come in out of state and around the state to see the games and I think it's a good thing," said Parks.

The new hotel will be called the Broadway Hotel, and is part of Doubletree hotels owned by Hilton. Developers hope to start building the new hotel this month, and it's set to be finished sometime in 2013.

Regency Hotel Closes; "The Broadway" on the Horizon