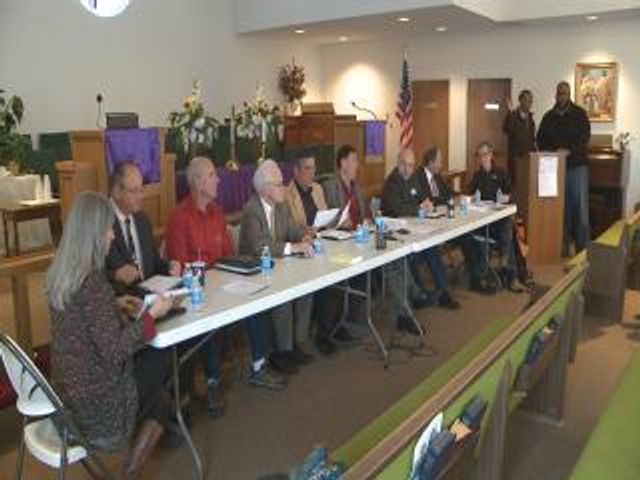 COLUMBIA - One week from Tuesday Columbia voters will head to the ballot box to cast their votes for Columbia's next mayor and third and fourth ward city council members. Monday night the seven candidates vying for spots inside city hall talked about ways to curb youth violence at a forum held at St. Luke United Methodist Church.

"These kids are feeling hopeless. They can't get jobs, they're being forced, dropped out of school," said Lawson. "There's no place for them to go and we keep hearing that over and over again."

Candidates spent the majority of the 2-hour-long forum focusing on job creation and education. McDavid says education is the key to reducing the violence in Columbia's youth.

But the other Mayoral candidate says job creation should be the focus to reduce violence.

"Part of it is education," said Sullivan. "But as I travel in different circles in community colleges - like Moberly Area Community College. They are going through the training program and then asking, 'Where are the jobs?'"

Columbia residents can vote for Mayor and the city's Third and Fourth Ward during the city's municpal election on Tuesday, April 2.

Candidates To Discuss Youth and Violence at Forum