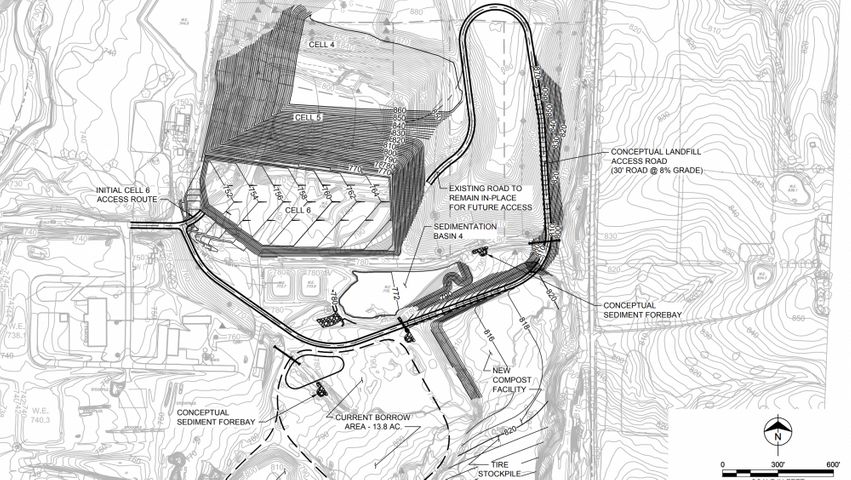 COLUMBIA - Construction on a new cell at the Columbia landfill will begin this fall.

The Columbia City Council approved a $5.5 million project to build a sixth cell at the landfill.

Trash is currently placed in landfill cell five, which is expected to reach its capacity in October.

Columbia Sanitary Landfill Superintendent Adam White said when cell five fills up, trash will be spread across cells one through four.

"We're in a good situation in the fact that we have some additional areas outside of cell five that still have capacity remaining in them so we can go into those areas and place trash for a short period of time while cell six finishes construction," White said.

White also said a greater commitment to recycling will lessen the need for trash landfills.

"As the citizens of Columbia continue to recycle at a higher rate, that allows us to space out these construction projects, so if we can increase the rate at which we recycle we can be in a position where we're not having to construct these new cells every five years. We can construct them every six years, maybe seven," White said.

City Councilman Michael Trapp said Columbia lags behind other Missouri cities when it comes to recycling.

"Columbia has an 18 percent diversion rate, which means for every you know, every unit of things that are disposed of 18 percent of it is recycled. The national average from what I understand is more than twice that. Cities like Jefferson City have diversion rates of 40 percent," Trapp said.

Construction on the sixth cell will likely start in October and be completed in the summer of 2018.