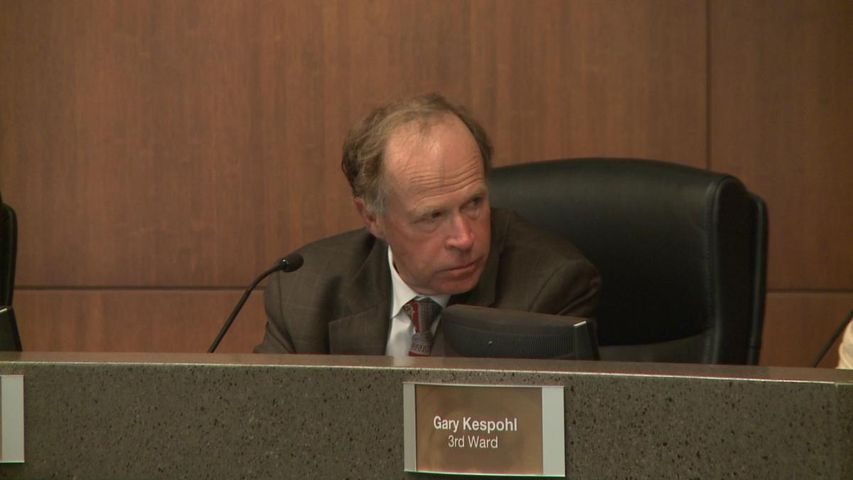 COLUMBIA - The Columbia City Council took the next step in expanding Columbia Regional Airport Monday morning. In a special meeting, members of the city council unanimously approved to authorize an agreement with American Airlines. Even though a verbal agreement has been made, it's awaiting signatures by the city and airline to finalize it.

Also, the council unanimously approved to set aside the funds to give to American Airlines in case the airline doesn't meet its revenue goals. The city of Columbia along with the University of Missouri, Boone County, Cole County and Jefferson City all agreed to contribute to the $3 million total that will act as the revenue buffer for American Airlines.

Delta Airlines threatened to leave Columbia Regional Airport on Wednesday, Oct. 17 through a letter after learning about the financial buffer the city was offering American Airlines. In the letter, Delta explained if the city does not match the guaranteed revenue of $3 million for American then Delta will "be forced to leave the Columbia market."

City Manager Mike Mathis said the council looks to reach an agreement with Delta. The council scheduled a phone call with Delta for Wednesday to start negotiations.

Also, during Monday morning's special meeting, the council authorized an agreement with Zimmer Radio Group to handle marketing and advertising for Columbia Regional Airport. The council plans to receive $3 to $4 back for every dollar it spends on advertising.