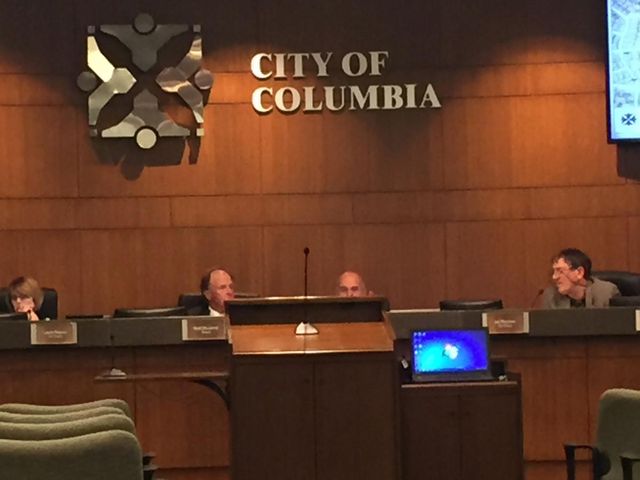 COLUMBIA - The police and fire departments will gain more office positions, Columbia Access Television will continue to have funding for another year and the sewer system will have increased connector fees starting next month. The city of Columbia budget for the fiscal year of 2016 was approved Monday night at the city council meeting.

More job positions are open and some are waiting to be filled.

The new approved budget will create positions in the police department that don't require police power. These jobs include the positions of public information specialist, crime scene investigator and police trainer.

These positions along with about 31 other city positions will be opened to civilians to fill. There will also be four more positions created in the fire department.

Welcome Home Inc. will be able to start a new phase of the organization with the $50 thousand that the city will provide through the new budget.

"It's very, very important that we address the needs of the homeless veterans in Columbia, and this is just an absolutely phenomenal first step," Sarah Grim, CEO of Welcome Home Inc., said.

This isn't the only organization that will receive city support funds.

Many residents came to the meeting to support the push for city funding to continue to support CAT-TV. During the public comment, the first five remarks were in favor of CAT-TV.

One representative asked for anyone in the audience to please stand if they support CAT-TV. A majority of the room stood.

"Last year we said we'd come up with half the funds," Ward 4 Councilwoman Laura Nauser said during talks of CAT-TV. "We said we'll match half of what they come up with."

Nauser said the city can't keep going back and forth.

A lot of the controversy came when the council discussed increasing sewer connection fees.

Mayor Bob McDavid was the first to speak, and he spoke against it.

"The best way to slow down growth for a city is to raise fees," McDavid said.

Ward 4 Councilman Ian Thomas quickly gave his rebuttal. He said he is all for city growth, but still is in favor of the fees.

Ward 6 Councilwoman Laura Nauser also sided with the mayor, but the rest of the council sided with Thomas.

The budget will go into effect October 1.