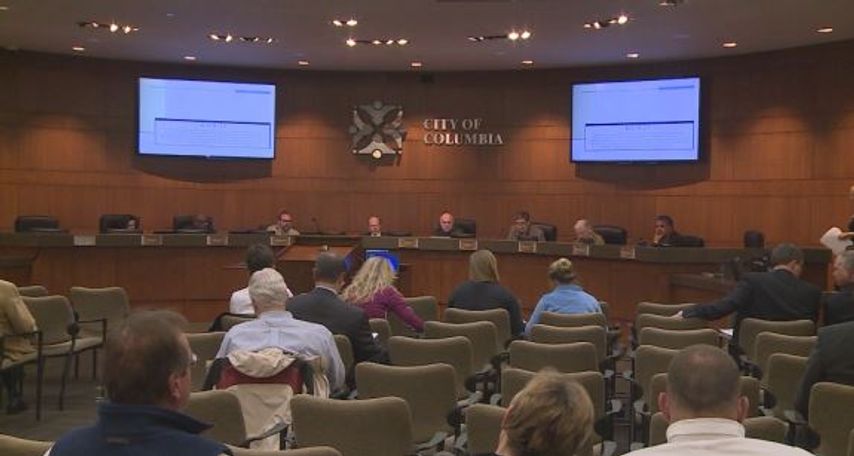 COLUMBIA - Columbia City Council approved construction for a new boiler room for the Municipal Power Plant Monday night. The goal of the construction is to rebuild a natural gas room to help reduce nitrogen oxide emissions.

Connie Kacprowicz, Columbia Water and Light spokesperson, said at the local power plant that used to produce six percent of Columbia's energy, they stopped burning coal back in September.

"Natural gas is identified as one of our sources of power for cleaner energy," Kacprowicz said. "And, also, helps support our renewable enrgy portfolio."

Kacprowicz said it's time to move into the natural gas generation. She said they are also doing this because of new emission requirements from the Environmental Protection Agency (EPA). Nitrogen oxide is one of many greenhouse gases. Greenhouse gases shrink the size of our Ozone layer, thus increasing global warming. Nitrogen oxide comes from cars, cigarette smoking, and smogs, especially from electric power plants.

"Natural gas is a great backup resource for renewable energy," Kacprowicz said. "For instance, the wind doesn't always blow and the sun doesn't always shine. So, even though we have those resources in our portfolio, we still need something that's a low-cost constant supply of electricity."

Kacprowicz said she and Columbia Water and Light knew they were going to need to make some changes at the local plant in Columbia. She said these changes not only come from the new emission requirements, but they also come from the age of the plant. Some of the units were getting very old.

Kacprowicz also said this project has been going on for quite a while. In fact, the project got funding from a bond issue passed by voters in April 2015.

Along with approving construction for the Municipal Power Plant, Columbia City Council kicked off 2016 swearing in Steven Sapp as the Director of Community Relations for the city. City council also touched on topics such as possibly rebuilding a sidewalk on Broadway and city codes realting to off-site parking for MU fraternity and sorority houses.