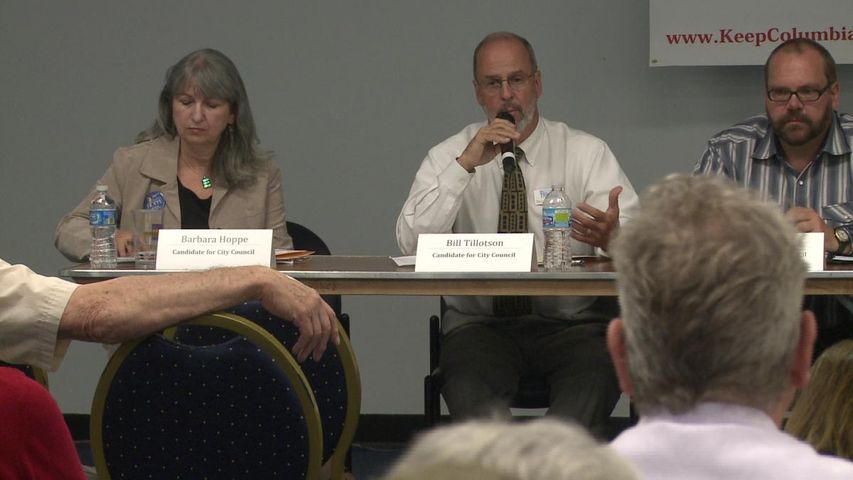 COLUMBIA - Columbia City Council and School Board candidates met in their final joint forum on Thursday night. More than 50 people showed up for the forum, which was hosted by the organizations Keep Columbia Free and Missouri Civil Liberties Association.

"I've been truly offended," Hoppe said, "and I think any future candidate will think twice about the slanderous, malicious false advertising and campaigning that has gone on in this campaign."

Tillotson also referenced the 2010 city council race between Third Ward candidate Gary Kespohl and incumbent Karl Skala. He said that people have forgotten that the previous race was "very brutal."

"These two gentlemen have made me a much better candidate, Pauls said.

Columbia residents can take to the polls on Tuesday, April 3 to vote for city council and school board candidates.