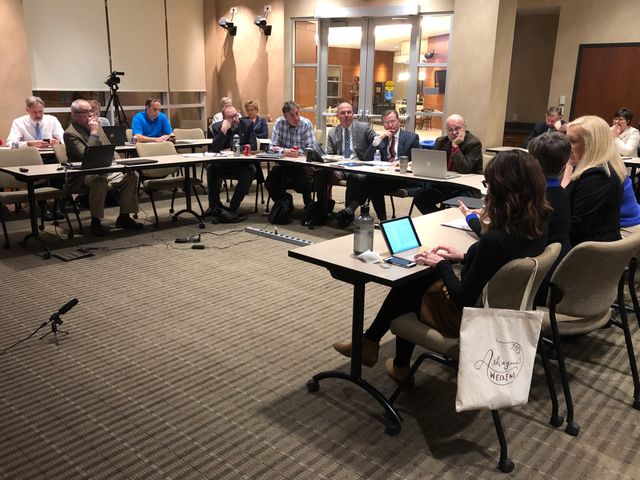 COLUMBIA - Council members agreed to narrow down the number of hiring companies who applied to be in charge of searching for the new city manager by the end of the week.

The following firms submitted an application to be in charge of the search process:

Instead of coming up with a list of three or four finalists, council members decided to rank the companies, individually, and send that information to human resources by Wednesday.

Mayor Brian Treece said the hiring firm would help combine the input of all council members on what they are looking for in the next city manager.

Treece also said the council is looking for a firm who would also incorporate the citizens' input into the hiring process.

"We have a very engaged citizenry here that wants to have an input on how we select the next city manager," he said. "One of the questions I have is what is that public input process, how  are we going to gather that public input and communicate that to the city council."

In selecting a hiring firm, Treece said he is considering who each firm would gather as potential candidates for the city manager job.

It would also create a report with a smaller pool of recommended candidates for the council to choose from.

After that, city council would vote on a resolution to approve the contract with a hiring firm at the Jan. 21 meeting.

Timeline leading up to Matthes' resignation