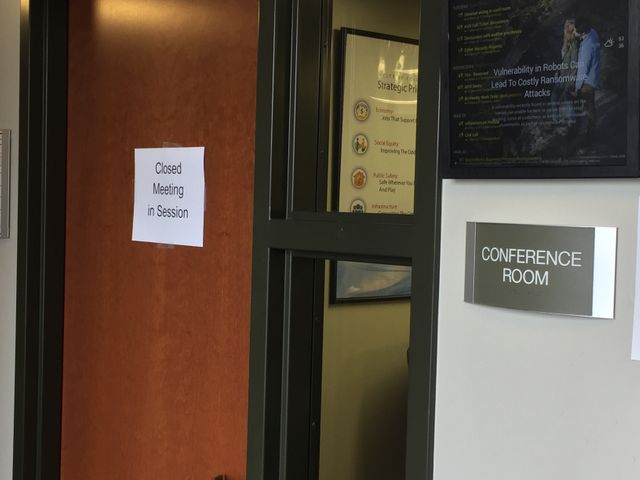 Second Ward Councilman Michael Trapp said after the meeting, "It's a personnel matter so I don't want to go into any detail."

Trapp said there were both positives and negatives from the evaluation today. He refused to go into detail about the negatives saying, "that's doesn't need to be a public discussion." He did say the council recommended a need for greater transparency, as well as focus on primary issues such as utilities and policing.

"We need to make sure we are moving forward," Trapp said.

As for the positives he cited the Missouri Quality Awards process and the city survey.

He said these evaluations are common and happen usually every 6 months. However, he said the council plans to increase this to every 4 months to improve transparency.