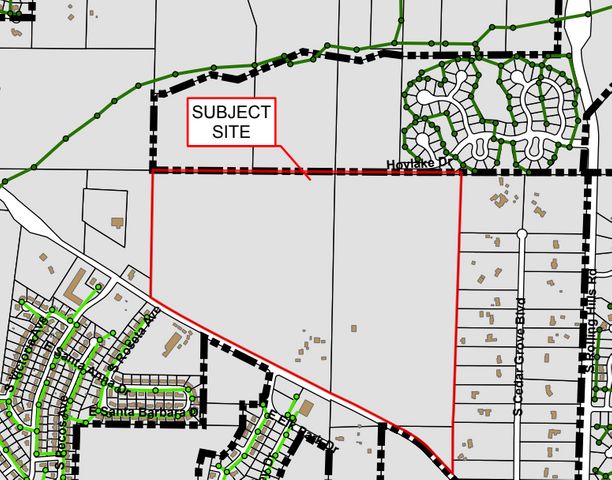 COLUMBIA - Residents of east Columbia might have a new neighborhood with 390 new neighbors on the way.

Brooks Development, LLC is currently trying to get approval from the city to annex 162 acres of land to build a new 390 single-family home development off Route WW in east Columbia.

The Columbia Planning and Zoning Commission approved the plan in November, but the final say will not come until a public hearing Monday night.

"I'm coming to the conclusion that we're going to have to be very careful about annexing more territory when we're having a good deal of difficulty keeping up with maintaining services for the territory we already have in the city," Skala said.

The potential new subdivision will be located near the new elementary school on Columbia Gorge Parkway and Rolling Hills Road in east Columbia. The elementary school will not be completed until the 2018-2019 school year.

Patrick Zenner, the city of Columbia's development services manager, says the proximity of the potential subdivision to the new school could reduce the amount of vehicle trips and reduce bussing costs at the school district level.

A traffic report must be completed before the planning and zoning commission reviews the zoning request.

"It's not uncommon a progressive thinking developer to think where is the next major water line project going to be, or where's the new school going to be?" Zenner said.

"For example, even if the sewers are put in within the subdivision by the developer, the capacity for servicing those sewers may require upgrades for the city," Skala said.

"That's the process in a nutshell," Zenner said.

The public hearing for the potential subdivision will be held at the city council meeting Monday. The final discussion and city council vote will take place on December 18.