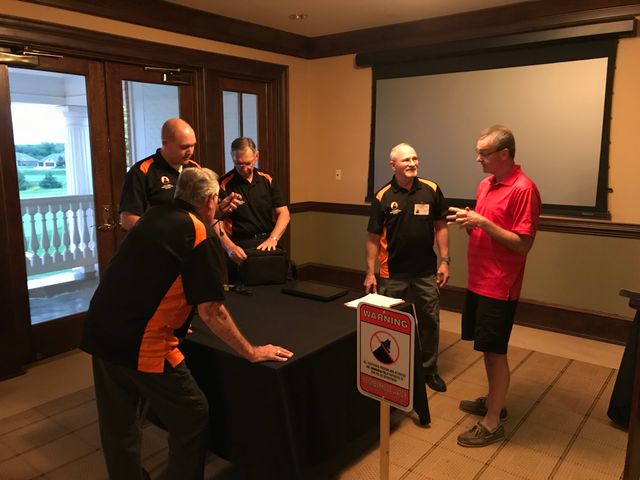 COLUMBIA - The Columbia Neighborhood Watch recently secured funding for next year. The Columbia City Council awarded them this money through the police department with the passage of the 2019 fiscal year budget on Sept. 17.

The city council awarded them $5,000, exactly the amount that they asked for.

"It's important to have that small amount of funding we do receive from them," President of Columbia Neighborhood Watch Irwin Schneider said.

Schneider said the council first awarded the neighborhood watch funding five years ago, for five years. This had Schneider worried that his program may have been coming to an end.

"Our time period may have been up," Schneider said.

With this funding the watch is able to supply training materials and most importantly put up signs throughout neighborhoods in the city.

The watch gets to continue doing things like this because of the support of the city council.

"I've been proud to support neighborhood watch and it's not a huge amount of funding but it's critical," Ward 2 Councilman Michael Trapp said.

Trapp said former Ward 3 Councilman Gary Kespohl championed some one-time funds for the watch Trapp's first year on the council. When Kespohl left the council, the watch lost their funding in budget cuts but Trapp took it upon himself to get the funds back.

"When he was no longer on council, I brought it forward," Trapp said.

Trapp thinks this helps people build a sense of community in Columbia.

"It increases people's feelings of safety and it promotes the idea of neighbors watching out for each other," Trapp said.

One of the neighborhoods that the watch is very involved in is the Old Hawthorne community in East Columbia.

Mike Serpico has been a block captain in Old Hawthorne for about four months but has cared about public safety a lot longer than that.

"As long as I can remember," Serpico said.

He says living in Columbia and wanting to be proactive about things that happen in his city is what got him involved in the first place. He has kept doing it because of the sense of community that he feels is lacking in today's world.

"That's all neighborhood watch is about, being able to be aware of your surroundings. To know who your neighbors are," Serpico said. "In today's day and age, everybody's busy, nobody has time."

One of Mike's neighbors, Rich Klein, has time for Serpico and says he really respects everything he has done for their community.

"I appreciate the initiative that he has taken. He's shown some passion for it, some sincerity for it," Klein said. "We're all grateful that he has done so."