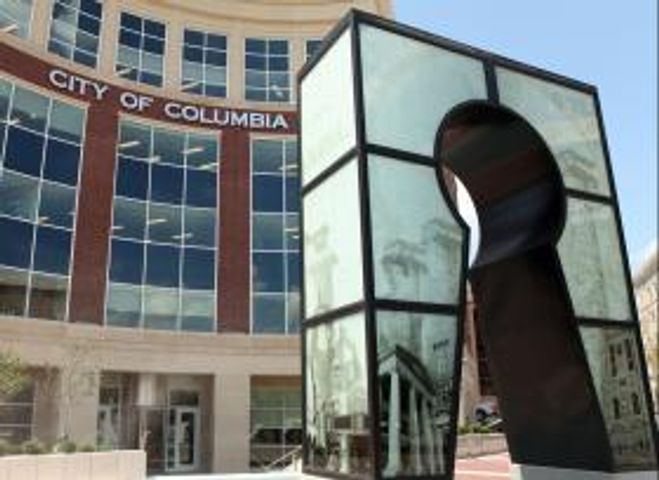 Mayor Bob McDavid was also re-inducted. Before the inductions former third and fourth ward council members Gary Kesphohl and Daryl Dudley were awarded certificates, plaques and an honorary tree, which can be planted in the city park of their choice.

McDavid joked with Kespohl at one point that he would honor him by giving him the 1,800 page documents of the city budgets for the past three years.

Both Kespohl and Dudley said they were greatful for the time they have served on the council.

After McDavid was sworn in, Karl Skala was sworn in as the new third ward councilman. Skala, formerly on Columbia's Planning and Zoning Commissions, said in his speech Columbia's issues are not unique to this city and is open to looking at outside approaches to solve such issues as public transit.