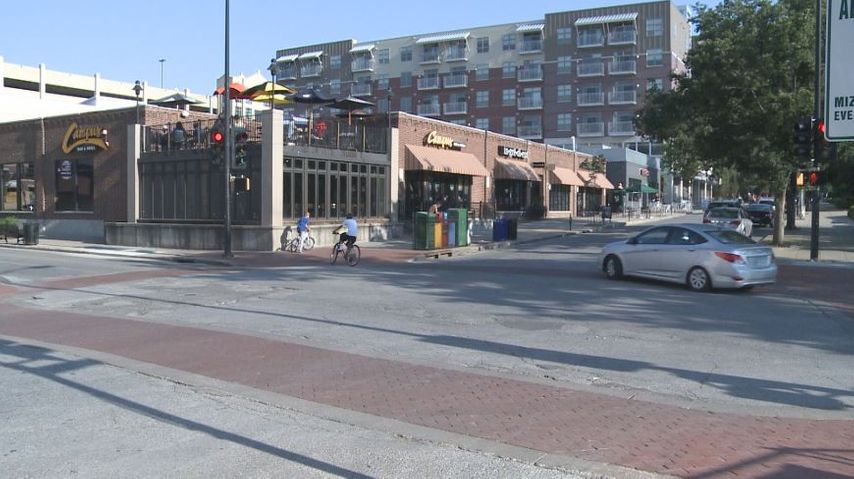 COLUMBIA - The Columbia City Council will be meeting Monday at 7:00 p.m. to discuss a number of issues, including upcoming renovations to a busy intersection downtown.

City leaders will hold a public forum with Columbia residents to discuss a proposed 'scramble crossing' at the intersection of Elm and Ninth Streets.

The proposed crossing would stop all vehicle traffic so that pedestrians could cross, or scramble, from all directions at the same time.

The city said the proposed crossing could add more wait time for both pedestrians and drivers, but said in many cases the scramble-style crossing is more efficient at intersections like Ninth and Elm Streets with significant vehicle and pedestrian traffic.

The city will be discussing the new crossing alongside planned renovations of a storm drain system at the same intersection, and said doing both at the same time will lower the cost of renovating aging traffic signals and equipment and save taxpayers around $100,000.

KOMU 8 News asked Columbia residents about the new crossing, and even though some expressed concern that the project was an improper use of city funds, most residents said they thought it was a positive change.

"I think it's a really good idea," said Ashley Buck, a Columbia resident. "I think Columbia, since I've been here, I've noticed issues with students wanting to cross wherever they go. So I think it's a good idea safety wise."

City leaders will also be reading through the proposed city budget for fiscal year 2016, as well as voting on a revision to the planned business district for Boone County Fire Protection District Station #14 to add an additional 2,600 square feet for more beds and a workout room.

Click here for a link to the complete City Council agenda for August 3.