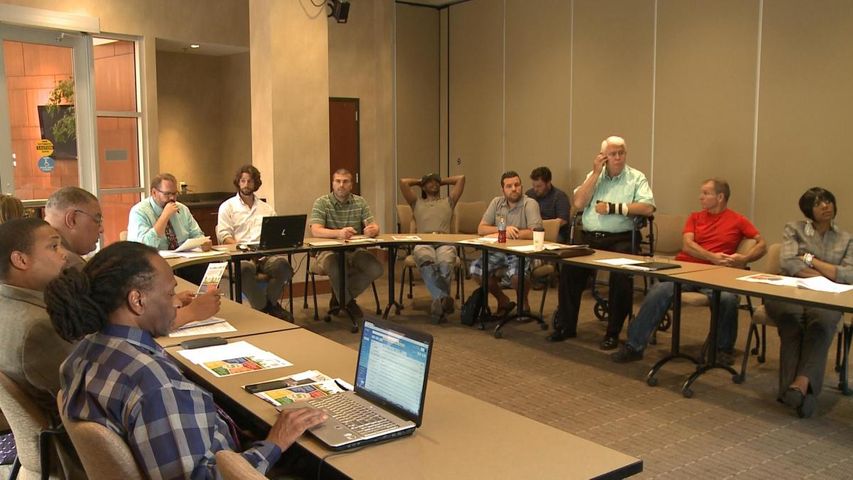 COLUMBIA - The Columbia City Council is drafting a proposal to "Ban the Box," after the Mayor's Task Force on Community Violence submitted a report last week.

If the ordinance passes, the city would ban employers from placing a criminal record box on job applications. Employers have the right to revisit information about one's criminal background after the applicant moves past the application stage.

Task Force member David Thomas said the main objective of "Ban the Box" is to get ex-convicts in the door before they are judged because of their past.

"It's not ignoring it. It's merely giving the chance for the individual to share his experience, the strengths that he possesses or she possess so that they can go through the interview process. Because the way it is now, is, because it's checked, it's automatically kicked out," said Thomas.

He said at this point, the Task Force is waiting for the city council to pass the ordinance. In the mean time, it plans to get the Columbia Chamber of Commerce involved to discuss how local businesses view the ordinance.

"Ideally we would like to see the support of the Chamber," said Thomas.

Thomas also said the task force would like to see "Ban the Box" go into effect by September.

Kansas City officials put "Ban the Box" into effect in April of 2014. The city remains the only city in Missouri with legislation in place for the measure.

The task force's next big initiative is to promote three forums it plans to host in September. Each forum will focus on community, parent and student concerns in town. Thomas said he hopes the forums will give the task force insight on what the committee needs to tackle.