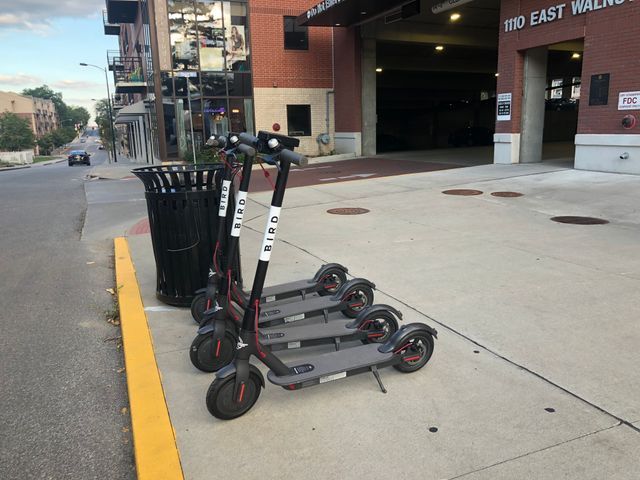 COLUMBIA - The Columbia City Council had their first read of a draft agreement with Bird Rides, Inc., Monday.

Bird scooters, electric scooters that users can rent, have caused problems since arriving in Columbia in August. Lack of regulations or a formal agreement has made it hard to manage safety concerns.

Users have been leaving scooters in the way of pedestrians, which has reduced accessibility on sidewalks for those with disabilities. The Disability Commission in Columbia has been vocal about the need to control where the scooters can be parked.

Dawn Zeterberg, a member of the Disabilities Commission, said in a statement that Bird has told the commission they will require users to take pictures with the scooter after usage.

The interim agreement addresses these concerns. It states that Bird will have to pay the city a regulatory fee of $10,000 within a month of the effective date of the agreement, and a fee of $1.00 for every scooter in operation each day. In addition, the draft states scooter use is prohibited between 8 p.m. and dawn and requires users to wear helmets, staying off sidewalks, city trails and out of city parks. It also prohibits riders from allowing someone else to ride with them.

Those not in compliance will be fined between five and $100.

When it comes to parking, the scooters must be parked on the sidewalks, not in the way of pedestrians, and upright.

Columbia resident, Thomas Williams, said he doesn't think anyone will be abiding by the no helmet rule, saying that Birds are used in "spur of the moment situations'" and that no one will "go home and gab [their] helmets."

The city stated in a news release that other dockless scooter companies like Lime and Pony Scooter will use the Bird agreement, if approved, as a template for all other agreements.

On Nov. 19, the agreement will be up for council and public discussion.