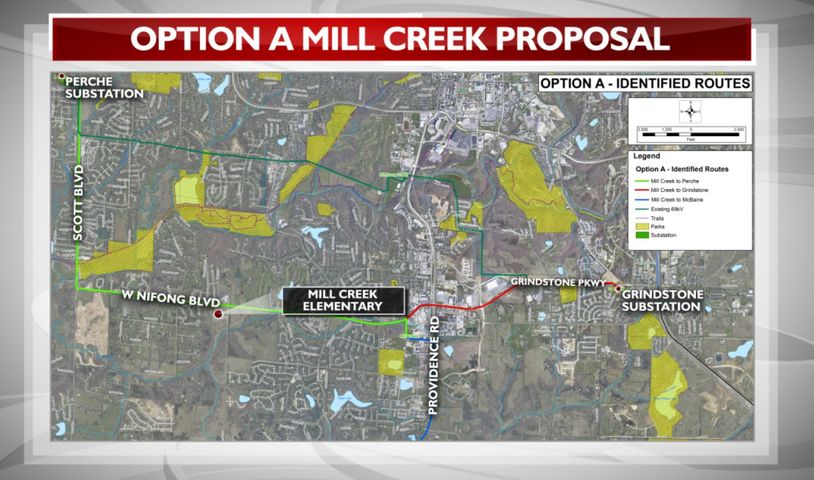 COLUMBIA - As the City of Columbia expands, so does the need for electric power. But the issue on how to better serve the energy demand in the southwest region of the city doesn’t come without growing pains.

The authorization of Quanta will further the years-long process of finding stable energy solutions for the future of Columbia. The study will evaluate power flow, load growth, safety concerns and determine the future needs and reliability of Columbia’s power.

The controversial debate to install transmission lines in the southern part of Columbia dates back to more than 10 years ago when the city identified potential overload problems in the quickly-growing region of southwest Columbia.

"I don't think these transmission lines should be brought through existing neighborhoods and developed areas, just because of the impact they can have on our homes and schools and hospitals. I think there are significant negatives to all of those and we really need to look for other options," he said.

Through this process to find a long term energy solution, Columbia Water & Light has held various interested party meetings for resident feedback. The city sent surveys to customers to weigh in on the route placement.

In July 2013, the council voted to approve Option A, one of many routes to connect transmission lines from substations to distribute power across the city. In April 2015, Columbia voters approved to fund the project with a $36.1 million bond issue. However, in September 2015, Columbia residents expressed health and safety concerns as well as lowered property values at public input meeting.

Later in 2015, parents of Mill Creek Elementary cited health concerns for the electromagnetic fields that would run near the school if Option A moved forward. A petition of 1,200 signatures asked the city to reconsider the project.

The American Cancer Society has researched electromagnetic fields for decades and has found no serious links to cause adverse health effects. The findings also say areas directly under power lines emit an electromagnetic field at roughly the same exposure as using household appliances.

After a five and a half hour special meeting in January 2016, the motion to move forward with Option A failed 4 to 3. By this point, the city already spent more than $7 million in land acquistion, research, engineering design and equipment for Option A, though these funds wouldn’t be totally lost if the city takes on Mayor Brian Treece’s proposal, called Option E.

This slightly more expensive proposal would connect Perche Creek to the Mill Creek substation but would run a line farther north.