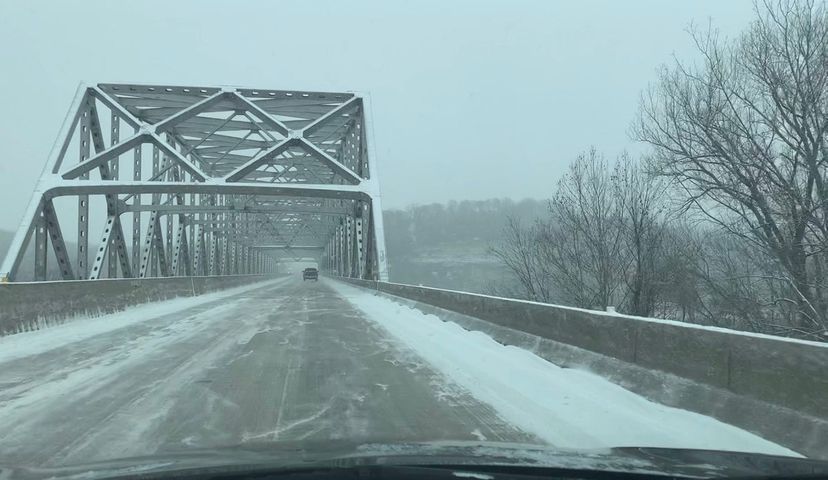 COLUMBIA – At their meeting Monday night, Columbia City Council members will discuss a bridge repair project that could cause long traffic delays west of Columbia next Spring.

MoDOT is planning to repair the I-70 bridge over the Missouri River in Rocheport.

MoDOT Director Patrick McKenna said the bridge, which was built in the 1960s, has reached the point where something must be done to fix it.

“It’s a steel structure that as time goes on, rust develops,” Columbia area engineer Mike Schupp said. “Several of the steel limbers are in need of rehab.”

Ideally, MoDOT would like to replace the bridge, but the department does not have the funds to fit the $238 million-dollar bill.

“Due to the critical nature and how vital this bridge is to the traffic and freight corridor in the State of Missouri, it would be beneficial to replace that bridge in its entirety and not affect any traffic,” Schupp said.

MoDOT leaders had hoped to use money from Proposition D for projects like this one, but the measure did not pass in November.

As a result, MoDOT leaders are looking at doing a less expensive, rehab project on the bridge. Schupp said the project would close one lane in each direction for at about eight months. He said drivers should expect delays.

“We expect you know, 10 to 12-mile backups daily, and on big days, football game days, weekend days we expect traffic to be backed up even further,” Schupp said. “You know, we are talking three to six-hour backups at certain times.”

With around 40,000 cars passing over the bridge each day, McKenna said even those who don’t drive on the bridge every day would feel the impact of the lane closures.

“It is going to be a significant impact for people who live in the Columbia region and the industry that uses it,” McKenna said.

While it is not ideal, McKenna said it the best course of action, given the current funding situation.

“It is better than the bridge getting to a place where we have to shut it down because it is deteriorating in terms of safety,” he said.

Columbia leaders have expressed concerns over the lane closures. McKenna said Columbia Mayor Brian Treece told him he was worried about the lane closure's impact on medical trips to University Hospital.

Despite the lack of funding, MoDOT leaders said they are still pursuing both plans.

“We have applied for a grant with the federal government to try to replace that bridge,” Schupp said. “We don’t have any idea of whether we will be successful, but we do know that we are going down the path of designing and being prepared for a rehab project in January of 2020, because we cannot push it off anymore.”

According to MoDOT, some local governments have offered up financial support for the project.

“We have been working with Columbia, Boone County, and surrounding areas,” McKenna said. “They have indicated they may be willing to chip in and support the project because of how significant it is.”

If they choose to go the rehab route, McKenna said the bridge would have to be replaced entirely in ten years.