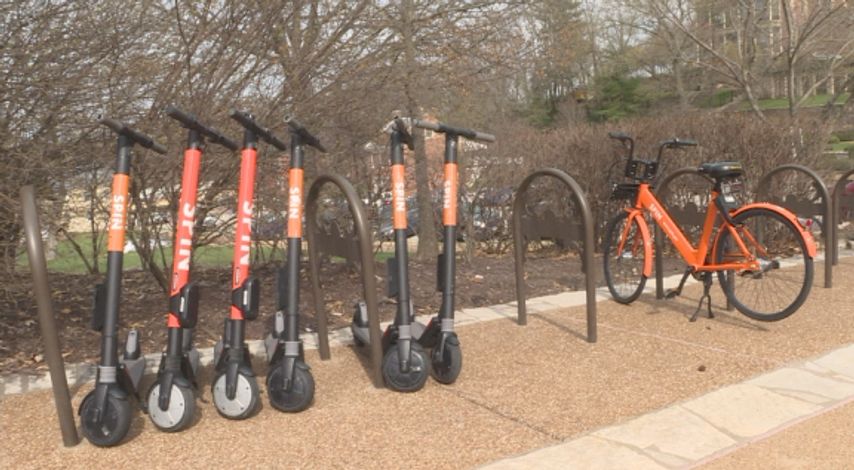 COLUMBIA - The Columbia City Council will vote Monday on whether Spin scooters can be used within city limits.

If approved, Spin will be the third electronic scooter company in Columbia.

If the agreement is approved, Spin will pay the City of Columbia $1 per day per scooter. It would be paid quarterly. The city estimates $72,000 in revenue per year.

Columbia residents have been vocal about other electronic scooters companies, saying they block sidewalks and make it harder for people with disabilities.

But Spin says its app has a new innovative method to help keep its users accountable and the walkways clear.

Emily Johnston has been using Spin scooters for more than a month in Jefferson City to get to and from work.

"You take a picture to make sure that you park it properly and out of the way. So you use the photo and then it ends your ride completely so it stops charging you," Johnston said.

Spin is currently placed in 24 cities and plans to reach more than 100 cities by the end of the year.